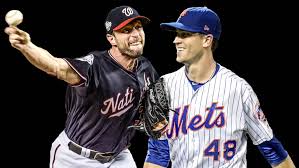 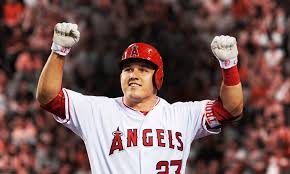 I was ready for the 2020 baseball season back in March. So damn ready.

I had my tickets to the Mets home opener locked down since the prior winter (looked like it would be deGrom versus Scherzer, too), and had bought a 10-pack of Angels games behind the first base dugout. From that vantage point I looked forward to witnessing the wonder of Mike Trout, live and in person, all summer and into the fall (not to mention Shohei Ohtani and Anthony Rendon).

The anticipation of the Astros upcoming shitshow — 81 road games amidst trashcan-banging, angry mobs — had me excited, and the spring injuries suffered by several key Yankees had me smiling.

Pennant races? I had those figured out, too, eager to see how my predictions would play out over the delightfully long, 162-game MLB season. For the record, I was going Yanks/Twins/A’s as division winners, with Astros-Angels for the Wild Card in the American League, and Mets/Cardinals/Dodgers winning divisions in the Senior Circuit, with the Braves and Reds in the play-in game.

Then a funny thing happened on the way to Opening Day…

And now here we are in late-July sorting through 30-man rosters, a bastardized extra innings format, and cardboard cutouts in the stands (full disclosure, you’ll see mine alongside Copper Springs Roddy in the Foul Ball Zone at A’s games if you look hard enough — if a foul ball hits your cut out, they send it to you! Yes, it’s the little things).

Yup, it looks like we are going to try this after all, folks. Come Thursday night, the 2020 Major League Baseball season will begin, and with any luck, will run clean through to it’s 60-game conclusion, sometime in October.

And that means it’s time to begin forecasting, even during these unprecedented times.

This shortened season is a whole different ballgame (pun intended) for those in the prediction business, but it seems to me there are three primary drivers that will ultimately factor into who emerges as playoff-worthy 60 games from now. 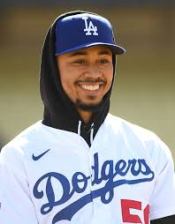 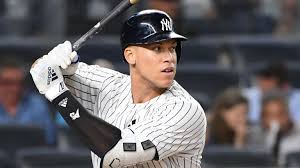 Yeah, the talent factor doesn’t ever go away, whether it’s over 162 games or 60. And that’s good news for fans of the Yankees, Dodgers and Astros, where there seems to be the greatest collection of talent versus the balance of the league’s rosters. But if you think about it, there’s a lot of talent running through both leagues these days. You will find multiple stars dotting the rosters of the Mets, Nationals, Braves, Phillies, Reds, Cubs and Brewers, and I’m not even past the NL Central yet.

And that’s what makes handicapping a short season so challenging. Hot streaks, cold spells, injuries and opt outs (there’s a new term for us prognosticators) all will have their influence on pennant races. And those races will begin in earnest at the season’s halfway point in 2020 (which happens to fall around Labor Day in this new, bizarro world).

What we’re talking about here, folks, is the ultimate puncher’s chance. You could make an argument that over 20 teams have enough star power and fire power to make a run at the dance, which is why our next category will hold extraordinary importance in 2020.

LIGHTNING IN A BOTTLE (BAD CHEMISTRY)

This yin/yang category will ultimately separate the contenders from the pretenders in the upcoming, abbreviated season.

Think about this for a second — let’s say some middling team like the Arizona Diamondbacks gets out of the gates hot. Their new workhouse, Madison Bumgarner, feeling fresh and eager to justify his free-agency millions, offers to go on three days rest all year, and comes out firing bb’s. The D-Backs open 15-5, racing to a lead in the NL West before Dodgers fans have finished unwrapping their new Mookie Betts jerseys.

Should Arizona play .500 ball from there forward, they finish 35-25 (which equates to roughly 94 wins in a 162-game season). Such a record pretty much assures them a wild card slot, if not the division title outright. How many teams can give themselves hope with such a thought? Pretty much every team outside Detroit, Miami and Kansas City, if you ask me. And shit, if one of those three clubs comes out on fire? Who knows? 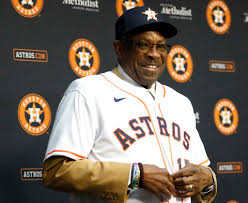 Which is why the teams with the most talent, who are expected to win, better be careful of the “yang” in this equation — that dreaded “bad chemistry” quicksand that can slow even the fastest of sprinters out of the starting blocks.

Has there ever been a team more primed to suffer a rough start due to bad chemistry and negative karma than the 2020 Houston Astros? If there has, I can’t think of it (okay, I can, but I try never to think about the 1987 Mets).

The Astros ride into the 2020 season universally despised around the league, with a new manager and GM in place, and their 2019 co-ace in pinstripes. Hmmm…better hope they don’t find themselves 14-16 down in Houston at the halfway mark.

And that leads us to our third factor, which is when a sprint breaks out during what we had expected to be a marathon of a baseball season, there will never be more importance placed on the shoulders of the manager and the front office.

I happen to be a believer that the skills that make a baseball manager effective during the regular season are quite different than those that help a team win a competitive series in the playoffs.

If World Series were won on talent alone, the Royals would have won back to back titles in 2014 and 2015. But Ned Yost, a terrible in-game manager, was no match for Bruce Bochy in 2014, and the Giants won their third series in five years because of that mismatch on the top step of the opposing dugouts.

The following year, Yost caught a break when he looked across the diamond and saw his equal in mediocrity — Terry Collins of the Mets. The two field generals essentially cancelled each other out (although Collins earned the ultimate goat horns with the Matt Harvey debacle in Game 5), and the Royals won the title thanks to their superior talent. 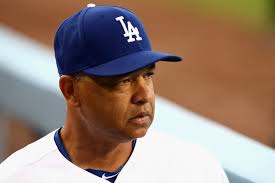 Over the course of a regular season, a great manager may get a team a couple of extra wins, or a poor one may manage them out of about the same. Sometimes that means playoffs versus going home, but on a great team (say, the 2019 Dodgers, for example), the manager’s pros/cons are barely a blip on the chart of a regular season juggernaut.

But it’s a different story when the talent level evens out and the postseason rolls around. Now every strategic decision is magnified. And yes, Dave Roberts looms as about the only thing that could keep the Dodgers from another division title this year, when the shortened calendar will place a greater onus on the manager being a regular-season difference-maker.

Add to that the need for the front office to maneuver, deal and navigate through the minefield of injuries and illness we are surely about to witness, and organizational leadership will likely never play a greater role in the outcome of a single season than it will in 2020. 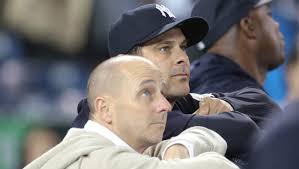 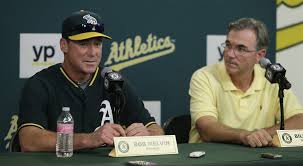 Fans in Tampa and Oakland should be feeling the optimism of that competitive advantage, thanks to their sound leadership teams. So should fans of the Evil Empire up in the Bronx. Teams where questionable or invisible leadership could cost a playoff berth? Once again Houston comes to mind, not to mention the epically unstable New York Mets.

With all of that as a backdrop, here are ten early conclusions we here at SportsAttic have drawn with Opening Day heading our way in a matter of days: 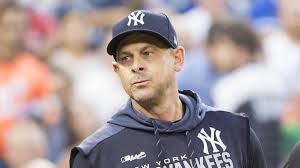 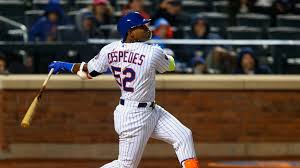 And here’s how they’ll finish–

World Series — In a rematch of the 1973 Fall Classic, the Mets gain their revenge, winning in 6 games, with Series MVP Jacob deGrom victorious in Games 1 and 5, and earning a three-inning save in the clincher. 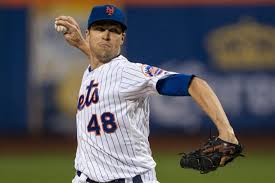