We wake up this morning and look at the calendar. It’s late-July. Then we look at the baseball standings. The Yankees and Dodgers both won last night and are in first place in their respective divisions. Just as we suspected when spring training began back in February, right?

Yeah, there’s a whole lot different about this 2020 baseball season, but ready or not, this new, speed-dating version of MLB has returned, and we’ve got games. And I’ll gladly take whatever this new season is over no baseball — not even close.

And yes, A-Rod still won’t shut up in the booth, and insists on doing all he can to make his every comment somehow be about him. And yeah, MLB commissioner Rob Manfred still looks like a psychopathic convict on a hunger strike. And yup, the sight of Gerrit Cole on the mound for the Yankees bums me out every bit as much as I suspected it would back when the Evil Empire signed him over the winter.

So all’s right with the world? Not by a long shot, no, but now that the games have begun, it feels awfully good to be able to put something out there that’s actually about live action (for the most part).

So here are the Top 10 SportsAttic Observations as we begin Day 2 of the 2020 baseball season: 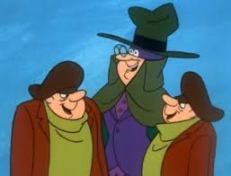 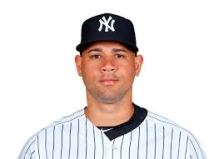 2. Even with DJ LeMahieu sitting out the opener, putting the finishing touches on his recovery from Coronavirus, that Bomber lineup looked more than formidable. But I’m sorry, when ESPN ran the mug shots of the Yankees starting nine last night, am I really the only one that thought Gary Sanchez and Luke Voit appear to be the human versions of the goons that used to work for the Hooded Claw, tormenting Penelope Pitstop during Saturday morning cartoon viewing?

3. Poor Anthony Fauci. It seems this guy can’t catch a break. As I went to sleep, the good doctor was getting raked over the coals on social media for his first pitch effort last night (and yeah, it was 50 Cent-esque). But c’mon, give the guy a break. First of all, he’s 79. And second of all, did you see how spry he looked chasing down the home run balls from Giancarlo Stanton and Adam Eaton in the first inning last night? Talk about every kids dream — only fan in the ballpark as the dingers start getting launched into the seats!

4. Despite my traditionalist leanings, I’ve been on board for the cardboard cutouts in the stands. That is until coverage shifted to Chavez Ravine last night, and the first ugly mug I’m forced to confront at Dodger Stadium is Tommy Lasorda. Even his cardboard doppelgänger can’t get enough of seeing himself on camera! How about a little Walter Alston to break it up for us, for crying out loud? Then again, one has to wonder if Dave Roberts’ cutout might do a better job bringing home a championship this year than the real life version the Dodgers continue to insist on bringing back every year as skipper. The window’s closing, Dodgers. Window’s closing…

5. The biggest winner in ESPN’s broadcast booth last night was the recently-canned Jessica Mendoza. In the sportscaster version of Joe Biden’s Presidential campaign, Mendoza didn’t even need to leave her basement to increase her popularity quotient. She won simply by letting the world see how bad A-Rod and the guy who’s name I can never remember (but I know he’s there because he’s another who refuses to shut up) were in the two-man booth last night. I can’t say I was ever a big Mendoza fan either, but I’d gladly welcome her back in A-Rod’s stead. No brainer — are you listening ESPN bosses? 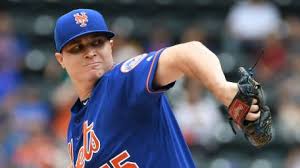 6. I thought the Mets starting pitching issue back in February was one of too many starters and only five rotation slots? If that’s so, how in the world do I have to prepare myself for another season with Corey Oswalt on the hill every fifth day? Bring back Big Sexy — stat!

7. I thought the Yankees idea (embraced by the Washington Nationals) of having all players and coaches kneel while touching a long black ribbon in a show of solidarity and support for the Black Lives Matter movement, was a thoughtful way to participate in the fight for racial equality. And I give MLB props for the BLM stamp on the pitchers mounds, as well. It felt like a highly visible, appropriate acknowledgment of the desire for much needed change without overwhelming the game itself. But did Mookie Betts really need to drop to a knee during the National Anthem one day after getting his $65 million dollar signing bonus as part of his $365 million dollar extension? Yes, by all means use your platform to be a change agent, Mooks, but wasn’t that accomplished by the coordinated efforts of your teammates and peers that included Morgan Freeman reading a statement about equality over the loudspeaker prior to the anthem? Well, at least he removed his cap…

8. No, I don’t like expanding the playoffs to 16 teams. That’s more than half of all clubs getting into the postseason, folks. I know, the owners are worried about all that lost TV revenue the virus has cost them so far (God forbid it cause them to drop a peg or two on the next Forbes wealth ranking). Plus it will give the magnanimous billionaires a chance to assist the players in refilling their depleted financial coffers (yes, that’s tongue in cheek), but really? Do the division races even matter now? I know, I know, the top four teams in each league will get to play all three games (if necessary) at home in the first round of the expanded playoffs, but with no fans in the seats, how big an advantage is that really?

9. Then again, as a Mets fan, I’ll gladly sign up for the eighth-seed in the National League playoffs right now. As long as we can throw Jake deGrom out there in Game 1, there isn’t a division winner in either league that will look forward to taking us on. Ya gotta be in it to win it, and the expanded format just increased the odds of a very Mets-like championship in this bizarro 2020 baseball season.

10. Even in a losing effort, Max Scherzer is fun to watch on the mound. Nasty stuff still, even at this late point in his career, and his intensity is awesome. But despite Mad Max at the top of the rotation, has there ever been an easier defending champion to pick to miss the playoffs the following year than the 2020 Montreal Expos? Oops, I meant the Senators. Nationals? As if they needed one final reminder that the magic carpet ride of 2019 has ended in D.C., Juan Soto missing the opener after testing positive for the virus sure felt like an ominous sign.

And there’s still so much more to think about and consider as the rest of MLB launches today and tonight. Baseball is back, and here’s to not only the desperately needed distraction our national pastime provides, but to the hope that the season comes to a successful conclusion that coincides with either a vaccine, or some other clear evidence that the worst of this global pandemic is behind us.

We’d even put up with 60 games of Tommy Lasorda in the front row for that. 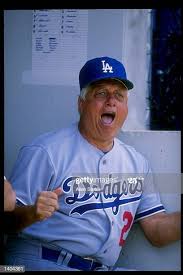