Here’s a quick 4th of July around the horn look at observations pertaining to the most dysfunctional (at least the ones I root for are) of all species — the New York sports franchise. 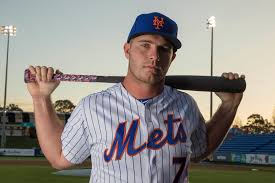 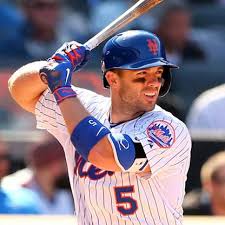 *Great to see Pete Alonso repping the Mets in this year’s Home Run Derby. Here’s hoping it doesn’t ruin his swing the way it did David Wright’s back in 2006.

*Yep, the Mets have three all-stars, and each are deserving. Sure beats the days of John Stearns or Lee Mazzilli getting the nod because every team has to have one All Star Game rep, even the lousy clubs. Yet why does the 2019 edition of New York Mets seem every bit as bad as those late-’70’s squads?

*To quote an old joke, “there’s gotta be a pony in here somewhere…” — I mean, c’mon, Conforto, J.D. Davis, McNeil, Alonso, Dom Smith, a starting rotation featuring arms any contender would deal for if they came available? Yet we suck. Two words — bullpen, Cano. And that’s entirely on the GM.

*In BVW’s defense, I did think it was cool he sat in the bleachers with the fans for Game 1 of this week’s Citi Field edition of the Subway Series. Gotta believe the security detail was on high alert for that visit, huh?

*Does anyone doubt that once Zack Wheeler gets traded he will win a Cy Young within two seasons? Just please don’t let it happen in pinstripes. Please.

*Why is Jason Vargas still on the roster? I know he’s pitched better this season, but simply for his clubhouse jackassery with the reporter, followed by his stubborn refusal to apologize…cut the bum and send a message.

*It’s the 4th of July and I’m already trying to handicap who I need to root for to knock them off in October.

*They are on pace for well over 100 wins, and haven’t been healthy all season. Scary.

*I’m nearly as happy that despite hitting well, Clint Frazier got sent down. Grow up, Ginger. 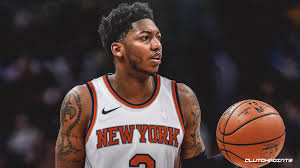 *I know, Steve Mills, I know…this was your plan all along.

*And yes, absolutely brilliant getting them (five of them anyway) on two year deals with the second being a team option. I feel so much better now. Can’t wait to see the next front office team execute their plan for the free agent class of 2020.

*Does anyone really see Kevin Knox ever being a key cog on a championship roster? I know he’s young, but sometimes you can spot a selfish, one-dimensional coach-killer early on.

*Okay, I am excited to see a full year of Mitchell Robinson starting at center.

*David the Brooklyn Barrister called me out over my reminder in the last SportsAttic post that the Nets are nearly as historically bad a franchise as the Knicks have become. Sorry counselor, but it’s true. Over/under on number of games Kyrie plays for Brooklyn this coming season? How about 40? Yeah, sounds about right.

*Sorry for the head fake, NHL fans. No hockey coverage here, but if I did pay attention, I might remark that it seems like the needle is pointing up for all of the Tri-state area hockey teams. Is that true? Could that be possible?

*Does it say more about how far Eli Manning has fallen, or about the enormous upside of Daniel Jones that the papers are already trying to create a QB controversy for Big Blue. Hint: it’s not about Jones’ upside.

*Given the short shelf life of NFL running backs, is anyone else concerned that the Gints could be wasting valuable years of the magnificent Saquon Barkley’s tire tread during what appears to be a slow and unfocused rebuild?

*With the sorry state of the aforementioned Knicks and Mets, I’m afraid I have to pin any short-term hopes for sports relevance among my favorite franchises on Gang Green.

*This is a critical year for Sam Darnold’s development. I’m glad they have Le’Veon Bell to give him a weapon out of the backfield, but wouldn’t a frontline deep threat make some sense guys? Robbie Anderson is fast, but not sure we haven’t seen all there is to see with him. Does Wesley Walker have a kid?

*The two young safeties and the two guys named Williams up front give me hope on defense, especially with C.J. Mosley plugged into the middle.

*With camps opening later this month, I’m actually getting excited about the 2019 New York Jets (always a dangerous thing). Is 10-6 too much to ask, including one win over New England? Hell yeah I’d sign up for that right now.

*And then I remember, we are pinning our hopes on this guy to lead us there…. 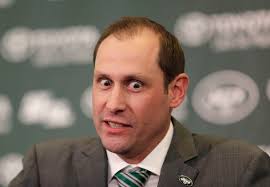 Happy 4th of July everybody!