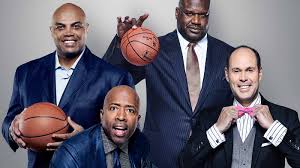 I saw on my phone yesterday afternoon that the Mets were only down 4-0 in the fourth inning against the Nationals, so I went to the cable guide and was overjoyed to see it was being carried on FS1 here in California.

I needed a boost. College football was folding before my very eyes (although apparently Nick Saban is confident he can protect his charges from the virus if only given the chance over the course of a full SEC schedule), Mets pitcher Marcus Stroman had opted out earlier in the day, and I was still digesting the latest scumbaggery coming from the despicable Houston Astros (now let’s see — who’s more critical to a baseball team during a shortened, every game magnified season, the loud mouth bench coach, or the starting outfielder with the rocket arm?).

But before I could put my remote back on the coffee table, the Mets were down 12-0, and I wondered if that meant they’d fallen out of their tie for the eighth and final National League playoff slot (participation trophies anyone?) by dropping to 7-10 on the season. And for only the thousandth time in the last few weeks I was forced to ask myself which is worse, no baseball, or being regularly tortured in this House of Horrors 2020 version of a MLB season, by my favorite, dysfunctional ball club.

For those paying attention, the loss did indeed drop the Mets out of the eight-hole and into no-playoffs oblivion, but will the season even make it to its conclusion? Anybody’s guess, but let’s just say it isn’t looking so hot right about now. And a mercy killing at this point may be the best outcome all of us baseball traditionalists can hope for.

Here’s a few reasons why —

*As of last night’s close, the San Francisco Giants had played 18 games this year, are 7-11, and if the playoffs started today, would be on the outside looking in. The last NL team currently qualifying for the postseason, the St. Louis Cardinals, had played a grand total of five games so far, due to game cancellations courtesy of the coronavirus (which may or may not have been spread throughout the clubhouse by an ill-fated casino visit by some subset of the St. Louis players). That’s a thirteen-game delta, which might matter less if we thought the games would be made up. Unfortunately many of them will not, and ultimately playoff participation will be determined by winning percentage (a huge plus for the legions of Marlins fans out there).

SportsAttic aside: Normally the saying “if the playoffs started today” is simply for speculative purposes. In our bizarro MLB 2020 season, who knows, they might just fire up the playoffs tomorrow. It’s all about the coveted TV revenue, remember?

*Of course, one way to make up the games is with the scheduling of many double-headers. Except this year, double-headers only go seven innings. Whaaa? Yeah, it took me awhile, too. I don’t even know who such a flagrant bastardization of the rules favors (teams with deep bullpens, I suppose — damn Yankees), but I know for sure I hate it. With a passion. I know, I know, we’re trying to protect the pitchers (so play 14 innings in one day as opposed to 9?), but let’s see how hard an organization is looking out for their ace when they find themselves two games out with three to play a month or so from now. Look for the ace to be out there every day until his arm falls off, especially since at that point it would be too late for said ace to opt out.

*Oh yeah, and that opting out thing. I know all this was “collectively bargained,” but the fact that a player can hang around and manipulate his service time before heading home for the balance of the season seems like a really shitty option to me. In Stroman’s case, he “earned” his service time without ever suiting up for an actual game in 2020. What happens when teams that are hopelessly out of it begin seeing players heading home once they’ve crossed their pre-determined service time bogeys? Hell, you may see me on the mound as the player-starved league wheezes toward the home stretch in late-September. (And for the record, I will wear a mask while on the mound, and will absolutely head hunt anyone in a Yankee uniform that dares dig in against me.)

*I do find it interesting that despite all the change currently taking place within our national pastime, the more certain things also stay the same. The Yankees are in first place and seem a clear favorite to make it to the World Series. It’s August and the Mets are on the wrong side of playoff qualification. So my annual rite of passage that finds me spending more time rooting against the Yanks than for the Mets has begun. Freaking clockwork.

What about the rest of the world of sports?

*I mentioned previously that it appears the priest has been called to college football’s bedside, so now we turn our attention to whether they can somehow come up with a spring schedule to salvage something. I’m for that, mostly because of the time and effort put forth by the players, who shouldn’t have to lose a year of their sporting lives because of this damn virus. It seems like every passing day brings us another example of something treasured being stolen from someone in all walks of life. Here’s hoping they can put on the pads by March.

*But isn’t it interesting that the NFL seems content to march toward their regularly scheduled season? Really? I don’t see how they expect to proceed based on what we are seeing from baseball right now (a bubble for the NFL doesn’t seem a viable option). Yet there they go, with players reporting and the league-approved opt out window now closed for the players. Anyone else conjuring up a vision of a young boy whistling through a graveyard? Nope. They won’t pull it off. Not a chance.

*I stopped watching the NHL closely when they flushed an entire season because of the players strike back in 2004/2005. But back when I cared about hockey, I was a New Jersey Devils fan. And of course our arch enemies across the river were the New York Rangers. And talk about sports fan muscle memory! I was shocked by the level of satisfaction I felt in reading about how the Blueshirts were swept out of the NHL play-in session (or whatever they’re calling their pre-playoffs), by Carolina last week. “NINETEEN, NINETY-FOUR—-NINETEEN, NINETY-FOUR!” Not quite the same ring to it as “NINETEEN, FOOOOORTY,” but it will have to do.

*Just channel-surfed by an NBA pillow fight between the Sacramento Kings and the New Orleans Pelicans on TNT. Oh boy… Looked like a Vegas Summer League matchup to me. It took me a week just to be able to figure out how to identify players now that their names get second billing at the bottom of the backs of their jerseys, but even being able to see the last names didn’t help me tonight. Who are these guys?

*However, speaking of the NBA, the best entertainment in town continues to be Ernie, Kenny, Chuck and Shaq, and their hilarious NBA on TNT segments. A priceless moment occurred the other day when Shaq accosted Chuck for his prediction that not only would the Portland Trailblazers make the playoffs, but that they’d oust the top-seeded Lakers. Relying on the tried and true “best defense is a good offense” strategy, Chuck countered by reminding Shaq of his own prediction that the Brooklyn Nets would win a playoff series this year. A prediction Shaq then enthusiastically reaffirmed back to Chuck on camera. Chuck then asked Shaq to name three Nets players currently active and playing for Brooklyn during the restart. Despite Ernie’s whispered hints of “Caris LeVert” and “Joe Harris,” Shaq didn’t have a clue, offering only a mumbled “Kevin Durant” and “Kyrie Irving” in response. But that million-dollar, jokes-on-us-all, Shaq grin made for some well-needed, old-fashioned, sports fan fun.

So yeah, despite the bubbles and the no-names, the opt outs and the bizarro rules, keep ’em coming. Keep rolling the balls out there as long as you can, good folks of the NBA, MLB, NHL and NFL. I’ll tune in, even when the Mets are behind 14-2, because we lived through the alternative, and it was way worse. 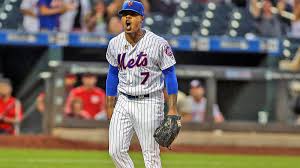 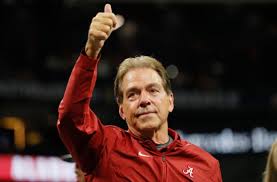