Sundays are often the best sports days of the week.  Today we’ve got a full baseball slate, the conclusion to an important golf tournament (so I’m told), plus Game 2 of Warriors-Cavaliers.  So as I get ready for my second cup of coffee and finish up my morning workout before the temperatures here move into the 90’s, I needed to air out a few things on my sports mind. 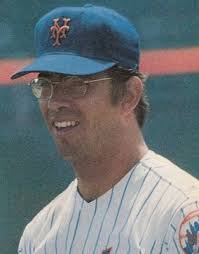 2. Why does it make me happy to see Tiger Woods losing his hair?  I’m not sure, but it does.  I saw Jack Nicklaus being interviewed late last night, and he has more hair (and he’s gotta be pushing 80, right?) than Tiger does today.  And while I’m on the subject, would it really kill Tiger to slap hands with a kid or two when he’s walking from one hole to the next?  C’mon.  You are a middle of the pack tour player these days.  Granted, one with the second most majors ever (and it also makes me happy typing “second most”), but make a kid’s day for gosh sakes. And oh by the way, his receding hairline and disgraceful attitude doesn’t mean I won’t still be rooting for him to win the U.S. Open in a couple of weeks.  That’s what one wager on a business trip to Vegas will do to influence my support…

3. What should we expect from J.R. Smith today? Beware Dubs fans.  I’m still sticking to my prediction of a Warriors sweep (also not great news for Golden State fans, but what the heck?), but if the Cavs get off the mat today and even the series going back to Cleveland they need someone, anyone, to give LeBron some help. The most likely guy is J.R. As much as I can’t stand the guy, he’s really dangerous heading into this afternoon’s matchup.  First, he doesn’t have a conscience, so J.R. probably cares less about how Game 1 ended than any of the rest of us.  And second, because he’s notoriously streaky and unpredictable he may just end up sticking it to the entire Bay Area, who have been shamelessly ridiculing him for the past two days.  If he unleashes one of those 8 for 10 from three-point land nights, it could be enough to swing things Cleveland’s way.  I’m not saying it will happen, and I certainly don’t want it to happen, but it absolutely could happen.  Expect the unexpected when dealing with Mr. Smith.  I’m looking forward to finding out later today.  And one last “while we’re at it” — I can’t help but wonder if Steve Kerr, who has an awesome sense of big picture humor, will acknowledge my incessant emails imploring him to matchup Swaggy P on J.R. tonight. A knucklehead showdown of  extreme epic proportion sits at Kerr’s fingertips!  Just for a few minutes in the second or third quarter, Steve?  C’mon coach, just for the fun of it. I could actually lose consciousness over the delicious prospect of who to scream at through my TV more.  And the potential for pie in the face-style humor and something so absurd it becomes memorable will be off the charts! Let them have at it — pretty please.  A boy’s gotta have dreams, right?

Enjoy your Sunday everyone!