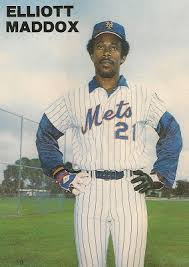 Never is the chasm between being a Mets fan and a Yankees fan more pronounced than at the conclusion of the MLB Winter Meetings.

We Mets fans always enter into the fray with such optimism, only to come home a few days later reminded why we are still waiting for the franchise’s third World Series title — 33 years (and counting) after the last one came our way courtesy of a ground ball through the legs of Billy Buckner.

The Yankees were riding high off their first World Series title since the days of Mantle and Maris in 1962. Reggie Jackson, their marquee free agent signing from the prior winter, had homered on three consecutive swings to ice the ’77 title for the Bronx Bombers, who’d gone 100-62 that regular season before edging the Royals in the ALCS and claiming the World Series over a highly competitive Dodgers squad. 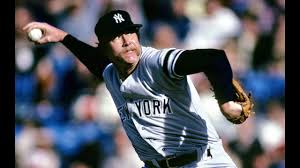 In addition to an incredibly potent offense and strong starting rotation (which hadn’t even seen Ron Guidry at his most dominating yet), the Yanks bullpen boasted the 1977 Cy Young Award-winning lefty closer, Sparky Lyle. Never one to become complacent, New York owner George Steinbrenner went out into the free agent market that winter and outbid all comers for the best available free agent on the market, flame-throwing righty reliever Goose Gossage.

It was another overt case of the rich getting richer, and Yankees haters everywhere (they’ve been around a long time, folks) bemoaned how New York was looking to buy another title only one year after doing so via the Reggie signing the year before.

As Mets fans, we had watched the Yankees flex their financial muscles that prior offseason with no moves of our own to get excited about, and wondered what we might muster in December of 1977 to try and keep pace with our crosstown rivals. Well, not to be outdone, the Mets and tightwad team President M. Donald Grant went out and signed not one, but two free agents.

The headliner of the two Mets signings was Elliott Maddox. Not exactly a Catfish or a Goose, let alone a superstar who would one day have an entire calendar month and a candy bar named after him.

Maddox was a journeyman outfielder, who’s only notoriety with New York baseball fans up to that point had come when he fell and blew out a knee in Shea Stadium’s right field chasing a fly ball a few years earlier (Maddox had been a Yankee at the time, and the Bombers had been temporarily relegated to sharing Shea with the Mets while the original Yankee Stadium was being renovated).

The still-gimpy Maddox would go on to hit .257 in 1978 for the Mets, with two homers and a paltry 39 RBI’s (over in the Bronx, Gossage would assume the closer role from Lyle and become a driving figure in the Yanks second consecutive World Series victory). Maddox lasted two more years in Queens before retiring following the 1980 season, ultimately dedicating his time to suing the city of New York over the knee injury he’d sustained on that fateful fall years back in the Shea Stadium outfield. 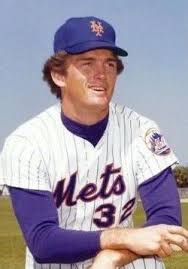 The Mets, however, weren’t done. Determined to outdo the Yankees in at least one way, and realizing the Maddox signing wasn’t moving the needle when it came to capturing the New York tabloids’ back pages, the Mets decided to dust off the vault once more and sign up an unprecedented  second free agent. That’s how the infamous Tom Hausman became a member of the Mets staff for the 1978 campaign.

And with that stale taste of 1978 still in Mets fans mouths, SportsAttic brings you the following Three Base Hit of knee jerk reactions to the 2019 MLB Winter Meetings.

Yeah, the Yanks may have signed Gerritt Cole, but the Mets came away with two starting pitchers!

Yes, it’s the age old debate of quality versus quantity once again, isn’t it?

The Yanks won 103 games in 2019, and most would argue the biggest reason they didn’t win it all (or at least advance past the ALCS) was the presence of Gerritt Cole on the mound for the Houston Astros. Well, we now can add Cole to the front of the pinstripe rotation for 2020 (and an astounding eight more years after that), to accompany what has a high likelihood of being an even more dominant Yankees roster (assuming a return to health for Luis Severino, Giancarlo Stanton and a host of others) this coming season.

Vegas and other betting outlets have already inserted the Yanks as prohibitive favorites to win the World Series next October. As for their orange and blue rivals over in Queens?

Once again not to be outdone, the Mets stepped to the plate at this year’s Winter Meetings and signed not one, but two forgettable hurlers in hopes of filling the void at the back end of their starting rotation.

Michael Wacha of the Cardinals was the first signing at the just-concluded MLB Winter Meetings by Mets GM Brodie Van Wagenen (is it just me, or does BVW seem more overmatched in his GM role with every passing hour?). While there exists some potential that perhaps the Mets are buying low with Wacha, who was at one time considered a future star in St. Louis before injuries turned him into a gamble, his poor performance a year ago left him free for the Mets to grab with a one-year, $3 million dollar contract (roughly $32 million less than Cole will earn in 2020 with the Yanks).

Emboldened by his unimpeded path to the Wacha signing, Van Wagenen also went all in with another one-year deal for 2016 Cy Young Award winner Rick Porcello. Porcello is a classic innings eater (Jason Vargas, anyone? Anyone??), who’s shocking rise to prominence in his Cy-winning 2016 campaign has not come close to being duplicated in the three seasons since.

(SportsAttic Note: Not to be skeptical here, but harkening back once again to yesteryear, does anyone else remember when the Mets signed a former Cy Young Award winning innings eater off the scrap heap back in 1980? The Padres’ Randy Jones? Just sayin’…)

These signings were made, at least in part, to offset the loss of the Mets’ own free agent, hard throwing righty Pete Wheeler, who ventured down the NJ Turnpike to the divisional rival Phils for a ridiculously big contract of his own. 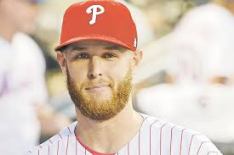 Now anyone familiar with the Mets storied history of watching departed players find a higher gear with a close competitor is probably expecting something along the lines of a 22-6 ledger from Wheeler (not to mention at least four wins against his former team that will ultimately be the difference between the Mets grabbing the second wild card and sitting out the playoffs once again) when the dust settles on 2020.

Sure, it could be that Wheeler is the missing rotation piece that catapults the Phils back into next season’s postseason, but not so fast — for this signing, SportsAttic is going on record right now as predicting the Wheeler acquisition will be the worst of the 2019 offseason.

Sending a fly ball pitcher down to that bandbox in Philly, with their impatient, hostile fan base waiting to pounce on the first sign of weakness, is a recipe for disaster. Especially when one remembers that Wheeler has a history of arm trouble. Look for the proverbial fight at the bat rack this season when Wheeler toes the rubber against his former mates. Ya heard it hear first!

Is this just another instance of Mets fan bitterness and sour grapes? You bet your ass it is. But it’s my blog and my prediction, and I stand by it. 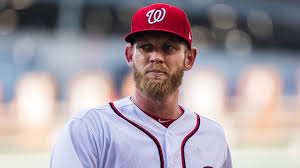 How much is a World Series title worth these days? Apparently $245 million in the District of Columbia.

Let me start with this — I am a converted Stephen Strasburg fan. His 2019 postseason performance was blood and guts personified. As much as the Nats title run was a true team effort in every sense of the expression, Strasburg kicking ass under the toughest of circumstances and brightest lights this October was something to behold.

We will assume that the Nationals have experienced a spike in season ticket sales as a result of their first World Series title since the Great Depression. There should also be a level of revenue enhancement due to the associated concessions sales increase that accompanies higher attendance volume, plus advertising rate hikes that are justified by their 2019 success. So the money is there. But this seems like an awfully excessive thank you gesture to a guy who’d pretty much told everyone he’d gladly come back to D.C. if the Nats would just make a reasonable offer.

Bidding against themselves, the Expos (yes, I still love referring to Washington as the Expos) decided to go seven years on a pitcher who will turn 39 in the final year of this contract, and has an injury history of his own. Scott Boras must be pinching himself right now over all he accomplished in one week of meetings to rid himself of the label as the agent who waits until the last second before advising clients to sign an offer sheet.

Which brings me to the California Angels. 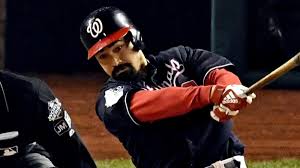 Can the Angels hit their way to the postseason?

I know. They haven’t been the California Angels in years. But can anyone outside the Angels front office tell me with confidence what city they actually claim as their own these days? For the record, they play their games in Anaheim, California. I’m fairly certain at one time they even adopted the too long and awkward moniker of the Los Angeles Angels of Anaheim. Okayyyy…

According the the Angels MLB website, today the Angels are officially the Los Angeles Angels. Also for the record, Anaheim is roughly 26 miles from Los Angeles. For those of you familiar with LA-area traffic, you know that those 26 miles may as well be 100 most summer afternoons. But I digress.

The real point here is that Anaheim’s (ahem) acquisition of Nats slugger and postseason hero Anthony Rendon puts together one of the most potent batting orders this side of the Bronx.

Rendon will take his place in the order right behind all-world Mike Trout (imagine Trout with Rendon as his lineup protection!), with badass freak Shohei Ohtani following in the cleanup spot. Add to that formidable trio power-hitting Justin Upton, Andrelton Simmons and, just for kicks, future Hall of Famer Albert Pujols. It all adds up to must see viewing, and almost makes me hope MLB brings back the juiced ball for one more season (almost)! 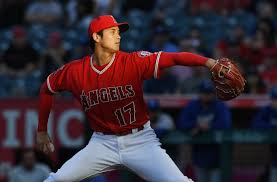 If only the Angels could earns wins and losses via the old Home Run Derby format, they might actually make a case for challenging the Astros in 2020. But alas, MLB rules don’t work that way (not yet, anyway, God forbid). Anaheim/LA/California still needs somebody to take the mound and try to keep the opponent under five runs or so a game, which has been a daunting task for the Halos these past several years.

But wait! Let’s not forget that the Angels signed their own ace two winters ago. The biggest free agent signing of the 2017 offseason didn’t throw a single inning in 2019 due to arm troubles. That their returning ace happens to double as the Angels DH makes the 2020 season all the more intriguing.

We might just get to see Shohei Ohtani the pitcher backed by that awesome offense once a week or more during the upcoming season, and if they add a couple more legit rotation arms to the modern-day Babe Ruth before the winter ends, Arte Moreno’s Angels may finally have the right pieces surrounding superstar Mike Trout to bring a contender to Orange County. 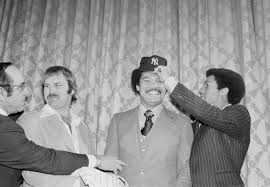