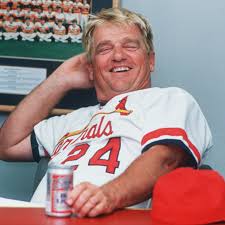 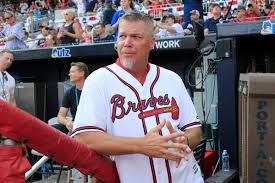 First of all, let me start by saying that I hate the Minnesota Twins.

Can we all agree that even if the Twins go 120-42 in 2020, we don’t allow them to participate in the playoffs? I mean, c’mon now, it’s bad enough that as a fan of the New York Mets I have to watch the Yankees (and their entitled, banner-counting fans) make the playoffs every year. Can’t a fella even get a semi-competitive playoff series to throw a scare into the Damn Yankees? Nope. Here come the goddamn Twinkies.

Oh sure, I read all the stories about how this year would be different for Minnesota. The Twins set the home run record (kind of like being named the best steroid-aided home run hitter of the 1990’s) and won over 100 games, and now they are going to “slay the dragon.” Yeah, whatever.

And then they send some guy out to start Game 2 with a 4.90 ERA who was driving an Uber six months ago. Yeesh. Cue the slaughter rule. Get these amateurs back to the land of lakes so we can start up the ALCS. At least then we’ll have a legit chance to see the Pinstripes take one on the chin.

But annual playoff pain for us Mets fans does create opportunity when it comes to how we view these 2019 MLB Playoffs. For example, I realized the other day that once the A’s were unceremoniously dismissed by a Tampa Rays team that could easily qualify for witness protection, not one club was left standing this postseason that I can even remotely root for. As I scanned the four playoff games scheduled for this past Friday (a baseball fan’s dream, by the way, no matter where your rooting interests lie), my feelings ranged from deep hatred (hello, New York Yankees) to indifference (hi there, Tampa).

In the National League, I embraced the fact that I absolutely can’t stand each of the four teams vying for spots in this year’s NLCS.

My distaste for the St. Louis Cardinals dates back to the 1980’s, when the despicable White Rat, Whitey Herzog, and his band of speedster banjo hitters somehow stole what should have been a Mets 1985 World Series title out from under us (if only Darryl Strawberry hadn’t dove for that ball in shallow right that summer…that ill-fated dive cost him 20 games and us the division in the process).

The Dodgers? They absconded with what should have been our 1988 World Series title. Kirk Gibson never gets his shot at immortality if the Mets had only taken care of business that fall, but Orel Hershiser, Mike Scioscia, Doc Gooden and Ron Darling had other ideas, and the next thing I know I have to watch that shameless, camera-craving creep, Tommy Lasorda, declaring himself a manager for the ages, after L.A. took out the Bash Brother A’s in five games.

By the mid-’90’s the divisions had realigned, and now we Mets fans had the Atlanta Braves in our division, just in time to witness one of the most prolonged periods of baseball excellence (with only one championship to show for it — chew on that one, Braves fans) this side of the 1950’s Bronx. On what seemed like a weekly basis, we had Chipper (“LARRRRR-YYYYY”) Jones, John Rocker and the Hall of Fame version of Tom Glavine (important to note that the Tom Glavine we had as a New York Met was not a Hall of Famer) torturing us to no end. Sure, the Mets made it to the 2000 World Series, but only after the Cardinals took out the Braves, clearing the decks for us to lose another World Series that should have been ours (a pox on you, Armando Benitez!).

And of course now the Nationals are today’s nemesis, signing Daniel Murphy just to mess with Mets fans when we deemed Murphy’s 2015 playoff excellence to be an aberration, and let him walk in free agency. So yeah, Dodgers, Cardinals, Braves, Nationals — I hate ’em all.

Which is what has made the past few days so much fun. If there is one benefit to your team not making the playoffs, folks, it’s that the searing pain of playoff futility shifts to the fans of your arch enemies who remain alive.

Case in point — Game 1 of the NLDS between Atlanta and St. Louis the other night. The Braves are seemingly cruising with a 3-0 lead heading into the late innings, but the Cardinals start chipping away. Ultimately they ding overrated closer Mark Melancon (you watch, Braves fans, if you do advance, this guy will rip your heart out in the NLCS), and put the game away by taking a 7-3 lead into the bottom of the 9th (or did they). The crowd shots of Braves fans with those pained looks smacking of a mixture of disbelief and anguish, when just minutes earlier they’d been seen celebrating like the circus was coming to town, brought warmth and happiness to my heart.

But as if Braves-fan-pain wasn’t enough fun, in the bottom of the 9th we found more joy, as Atlanta mounted a comeback of their own behind a couple of homers and closed to within 7-6, no doubt creating much angst for all those Cards fans who had already put this one in the books as a “W.” That St. Louis hung on to the get the final out is really inconsequential in the telling of this story. The true winners were us bitter Mets fans, knowing that the pain of an imploding bullpen (a unique kind of agony Mets fans became intimate with during the 2019 baseball season) had gut punched not one, but two of our most hated rivals.

Then last night we got to witness that same pain and suffering travel west to afflict Dodgers fans. Up one game to none in an NLDS series where Los Angeles has only downside, being such prohibitive favorites, the Dodgers coughed up home field advantage behind another “meh” playoff start from future Hall of Famer Clayton Kershaw. Now I must admit to being a Kershaw fan, but not so big a fan that I couldn’t delight just a bit in knowing how it has to drive Los Angeles fans crazy beyond reasonable comprehension knowing that the greatest left-hander of his time will take his inability to win in the postseason with him to Cooperstown.

Nats fans didn’t escape the contest unscathed either, despite evening their series at one game apiece. They still had to look on helplessly yet again, as skipper Davey Martinez began to pull his bullpen levers in the late innings, jeopardizing a dominating start by Stephen Strasburg. Not only did Martinez make the puzzling decision to insert ace Max Scherzer, who finished the season with back and arm issues, in the 8th inning to help preserve the Nats two-run lead, he then chose to pull Scherzer after the ace had struck out the side in the 8th, forsaking the dominating Mad Max to instead try his hand with a new Washington arm in the 9th. Talk about tempting fate!

Again, it doesn’t matter that Daniel Hudson closed things out, and now Washington heads back to D.C. with a chance to advance if they hold serve on their home field. What matters to us Mets fans is that no matter which side folks were rooting for last night, they exited the matchup with a few more gray hairs, plus indigestion that would linger long into the night.

Over in the American League? Have I mentioned that I hate the Twins? Only because of how they seem to roll over every year when playing the Yankees in October. And Astros-Rays? This is a mismatch to the nth degree. When they announced the starting lineup for Tampa prior to Game 1, there were only three names I even recognized, and this team somehow won 96 games this year? That would appear to be more of a testament to the tanking going in in Baltimore, Kansas City, Detroit, Toronto and Seattle, than to anything particularly special about the Rays.

Houston? Yeah, I don’t like them either. That dates back to the ’86 postseason, when Mike “Scuff” Scott nearly stole another World Series from us. That the Mets actually survived that NLCS (thank you, Jesse Orosco) doesn’t matter. I continue to dislike Houston to this day (but I’ll be rooting for them in the next round to send home the Yanks), but my Astros dislike is run of the mill compared to the enmity I feel toward the National League combatants.

With that painful backdrop now fully laid out for you, here’s a few observations about each Division Series:

*Is it possible that Dave Martinez is actually a worse in-game manager than Dave Roberts? I think he may be! I wonder if the Nats front office is secretly disappointed that their squad got on that incredible midseason roll, making it nearly impossible for them to fire Martinez this offseason? He’s that bad…

*Has a manager ever been fired after 106 regular season wins? If Roberts can’t get the Dodgers out of the NLDS we may have a first on our hands. In fact, anything short of his first World Series title in three tries may force the Dodgers’ hand. Managerial skills needed to succeed in the postseason are far different than those relied on to steer a talented team through the regular season. Good thing Roberts got a ring as a player, this ride’s about to end.

*I like that so many of the Dodgers players have decided against growing a beard. Part of it may be that they are too young to be able to grow one (did you catch that kid Beaty last night? Guessing he’s never even bought a razor), but the whole beard thing is played out. We are at a point now where the clean-shaven look is the more edgy and fresh approach. More Gavin Lux and less Justin Turner please. “Oh, the times, they are a changing’…”

*I can’t help but wonder if St. Louis is appreciative of the fact that the Rays ousted the A’s in the AL Wild Card. If not for that, the Cards would easily win  the “least interesting playoff team” award.

*Can you believe that Ronald Acuna Jr. dared pose on his 9th inning homer the other night, after possibly costing his team a run with his prima donna act on what became a long single a few innings prior? Way to go Freddie Freeman, for publicly taking Acuna to task with his postgame comments.

*Is the Tomahawk Chop racist? I dunno, but it always makes me happy when something bad happens to the Braves that silences their monotonous chant. 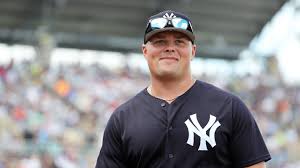 *I have to go back to Harmon Killebrew to think of a Twins player I like. Kirby Puckett? Torii Hunter? Kent Hrbek (“buy a vowel”)? Jack Morris? Joe Mauer? Nah — MLB should have contracted this franchise 20 years ago when such talk was making the rounds.

*Even Aaron Boone won’t be able to manage his way into a loss in this series. The Yanks will score at least 10 runs every game on their way to the sweep.

*To give you an idea how deep this Bombers lineup is, Edwin Encarnacion is an afterthought, and the guy has 414 career home runs.

*Is it petty of me to be glad Luke Voit isn’t sniffing an AB in this series? Yeah, probably, but I can’t stand that guy. 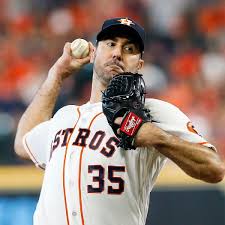 *The fact that Dick Vitale is a diehard Rays fan is the only thing about Tampa that’s remotely interesting.

*I watch Justin Verlander pitch and can’t help but think “this guys is by far the best starter in the postseason.” Then I see Gerrit Cole take his turn on the hill and think the exact same thing. Scary.

*Travis d’Arnaud hit 15 dingers and knocked in 69 runs as the Rays starting catcher this year. Too bad he wasn’t good enough to stick with the Mets. I wonder if Noah Syndergaard would have been okay pitching to him?