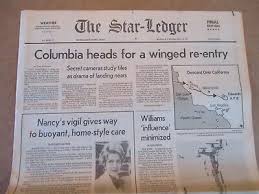 I miss the days of pajamas and Sunday mornings, pulling the rubber band off the rolled up newspaper and spreading the sports section out all over our dining room floor. The initial scan and deliberation, deciding which article to read first.

I almost always began with the recap of the previous night’s Mets game (or Knicks, depending on the season), but it was a veritable overflow of critical information that any young sports fan had to know about.

The Newark Star-Ledger was the paper I grew up on, and to this day I would argue that from the early-’70’s to the late-’90’s (when newspapers all started falling by the wayside), the Star-Ledger (we never added “Newark” to the moniker back in the day, it was always just the Star-Ledger, or Ledger) Sports Section was consistently head and shoulders superior to all others. Best in class, period. And not just for the tri-state area — we are talking across the entire country! Heck, the whole, wide world!

The Sunday Ledger’s expanded Sports Section was the grandaddy of them all, of course, because you always had a Saturday game to digest, plus you had the columns from all the staff writers and senior editors on their respective sports (Dan Castellano on baseball and the Mets was my personal favorite), plus there was the grid.

You know what I’m referring to, dontcha? That weekly table listing every hitter and pitcher in both leagues, with all their important vitals (average, HR’s, RBI’s, ERA — none of this OPS or WAR stuff that annoys the hell out of me these days). I could spend hours on the grid.

Important questions often emerged from scouring the grid, such as “can Ron Blomberg really get enough official at bats to lead the league in hitting this year?” or “how can a hitter as good as Hal McRae really be dead last in the entire American League?”

For good measure, the Ledger would throw in individual stats for the Mets and Yanks separately with their own tables covering the entire active rosters (and update them after every game — are you listening New York Post?). But maybe the best tidbits were those you’d find buried among the classifieds and horse racing results in the final few pages of the sports section.

That’s where the true gems could be uncovered. Like wrestling results — “Ivan Putski won again — Polish Power!” — or small, waiver-wire transactions, like young Hank Webb being sent down to Triple-A after another awful start. Yup, you could spend hours poring over the abundance of information pulled together in that awesome, grainy collection of pressed pulp and ink that was sure to leave a stain on the carpet when you were done (sorry, mom). 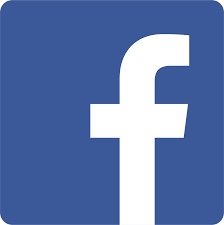 I got to thinking about how we used to consume sports news as I waited for my flight to Dallas to take off. On my phone I’d just reviewed in detail my New York Post app, getting caught up on all the New York action from the previous day (Mets lost again and their bullpen still sucks. Yanks won again and traded for the leading home run hitter in the AL, apparently just to rub Mets fans noses in it).

Intermittently I flipped over to the Facebook app, where amid all the pictures of graduations and household pets I caught a posting of the New York Times article from 50 years ago reviewing the Mets trade for Donn Clendenon from the Expos (we got that one right, at least, although it probably speaks more to the Expos nascent front office back then).

Then I jumped over to Twitter, where I saw a couple of cool, old photos, one of Walter Payton and Earl Campbell together back in the ’70’s — a couple of great backs wearing number 34 (note they were wearing, not exchanging, jerseys) — and one showing Terry Bradshaw and Jim McMahon yucking it up on the sidelines after a game in the mid-’80’s. We can only hazard a guess as to what those two Mensa members had been discussing.

Back on Facebook, another post popped up from a page I follow offering to sell a 1954 Ted Williams Topps baseball card to the highest bidder, and over on Instagram I see that apparently Genie Bouchard is in London this morning. And additionally, it appears the tennis star/IG Model has recently auctioned off her match-worn sneakers from her latest early-round knockout, this one at the French Open, to reward her fans and celebrate reaching that all-important milestone of two million followers.

As an admitted traditionalist, but also a sports fan with huge appetite for anything nostalgic, I wonder — is this the Golden Age for those of us who wake up ready to eat, drink and sleep sports? Or are we all actually suffering from this embarrassment of riches, unknowingly getting sucked into information overload — sports fan version?

Like on most important existential topics, I don’t have a clear answer here, but perhaps it is simply another example of today’s world not being better or worse than the “good old days,” but just different?

As a kid, I lived for the four minutes of sports coverage at the back end of the 6:00 evening news that my father insisted on tuning to daily. Warner Wolf was the king as far as I was concerned, poking fun at Mr. G. the weatherman, and making his predictably inaccurate selections of the weekend’s upcoming football games (yeah, sounds familiar).

Bill Mazur was a surly and unappealing talking head who had somehow garnered a short, erratic time slot to talk sports on one of the local channels (Channel 9, I think), and I couldn’t stand him. But I watched him. Every time I could. Because it was sports information, and I needed it. Yeah, in those days, you either worked your schedule around when sports news fleetingly flashed at you on the television, or hoped you’d luck into a segment like Mazer’s while surfing from Channel 2 to 13 and back, before heading to bed.

Then in the ’80’s George Michael’s Sports Machine came along on Sunday nights, and I felt as though I’d died and gone to heaven. All sports, highlight after highlight, with amusing, insightful and in depth commentary. Yeah, he was a homer for the Redskins, but I didn’t care too much, because this was appointment viewing aimed specifically at me, and it carried me through the college years. What a way to close out your weekend!

But print media was my foundation. When the family moved west in the ’70’s I switched my allegiances to the L.A. Times sports section. I found it to be a solid runner up to the Ledger, with the added benefit of broad college football and basketball coverage, something that was more of an afterthought back in New Jersey (let’s face it, Wooden’s UCLA Bruins and the USC gridiron powers of the ’70’s demanded coverage, and the uninspiring sports programs of Seton Hall and Rutgers back east simply couldn’t compare).

In addition to the daily papers, at an early age I developed a long-term relationship with Sports Illustrated that continues to this day. I still subscribe, and if the wifi had precluded me from working on my blog on this morning’s flight (as so often is the case with United Airlines, a consistently bad horror show 30,000 feet in the air), I’d be diving into the latest issue, even though, much like my beloved Mets, Knicks and Jets, SI has fallen on hard times these days.

I mean, c’mon, it is perfectly understandable if the poor economics facing all newsstand publications these days force the publishers to adopt an every other week distribution format, but don’t lie to me and tell me it’s the same amount of sports content. It isn’t, and oh by the way, while we are on the subject, stop pandering to the politically correct by choosing to cover certain sports that few readers (or me, at least) care about.

I’m sorry, but a full issue — or damn near it, anyway — dedicated to women’s soccer and the World Cup is overkill, especially right on the heels of having featured several members of the same women’s soccer squad in last month’s swimsuit issue. If I were a skeptic, I’d hazard a guess that there could be some financial connection between the upcoming World Cup and SI, but we will save the conspiracy theories for another day.

(SportsAttic aside — is it just me, or do others also feel like a leacherous creep if they dare open up the SI Swimsuit Issue in a public setting? It’s bad enough being a member of the universally despised demographic of over-50 white males, without throwing gas on that fire by pulling out a magazine showing nothing but women less than half my age in various stages of undress. I can’t help looking over my shoulder, anticipating an angry mob of pant-suited feminists descending upon me, ready to snatch my magazine from my age-spotted hands to beat me to death with it, while being raucously cheered on by the other passengers on the plane. Sigh.)

Anyway, here’s my quick and personal Top 5 of sports media sources, past and present, along with a note or two on why they were, or how they could be, useful to me and my fellow sports fans:

So is today’s media better, worse or just different?

I’m going with just different. The memory of learning how to read a boxscore, or understand movement in the daily MLB divisional standings via my voracious consumption of the Star-Ledger sports section makes me smile to this day.

But laughing out loud and pausing Scott Van Pelt so I can rewind and share a “Bad Beat”  segment with the rest of my family on a Sunday night is pretty cool stuff, too.

Would watching Warner Wolf have felt so special if I could have dialed him up 24/7 on a tablet back in the ’70’s? I don’t know the answer to that one either, but I do know that appointment viewing with the family and sharing a laugh at Mr. G’s expense always felt good back in the grade school years.

Then again, what I wouldn’t have given back in my childhood to be able to touch a button and read about Willie Mays’ catch in the ’54 World Series, or see a clip “on demand” of Ali’s “phantom punch” against Liston.

Special times then and now. The common thread? Sports as a timeline for life well lived, with vivid memories, shared joy and anguish among friends and strangers, and always the knowledge that tomorrow will offer up more unique moments and experiences to be enjoyed. 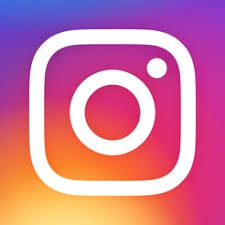