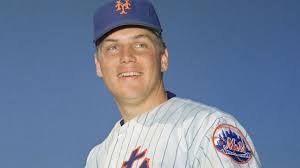 I had really hoped this whole Tom Terrific story would quietly go away.

My plan had been to spend most of June focusing on the NBA Finals (which, by the way, is shaping up as a well-played and fascinating series), with a subsequent return to MLB that I assumed would coincide with the Wilpons finally deciding to pull the plug on the short and miserable managerial reign of poor, overmatched Mickey Callaway over in Queens.

But the world of sports doesn’t operate that way, and neat segues from one concluding sport season into another rarely play out as diagrammed. So here we are with this Three Base Hit segment, because as Popeye used to so eloquently say, “I can’t stands it no more!”

Let me begin by politely and delicately imploring Tom Brady to “PLEASE, just shut the fuck up, you arrogant, lying dickhead.” There, I feel a little bit better now.

As if his ham-handed money grab at the eponymous nickname of all-time great New York Mets Hall of Famer Tom Seaver (who’s family recently announced to the world is suffering from severe dementia) wasn’t bad enough, today’s excuse, released by Team Brady, attempting to somehow justify this deplorable thievery, made things even worse.

Hang on, though, because since Tommy B. persists in keeping this story alive with his positively laughable excuses, we should take one more look at the cause of this hullabaloo. The Patriots QB, an all-time gridiron great in his own right, last week filed a trademark request on the nickname “Tom Terrific.”

Yup, the nickname that’s been synonymous with Tom Seaver for north of 50 years now, and at least to the ears of this sports fan, has not once ever been associated with, or directed toward, Tom Brady. In my layman’s understanding of such things, filing a trademark request to protect (or claim ownership of) an invention, name, idea, etc., is typically done by an individual with a goal of cashing in on any related branding opportunities (or other financial success) associated with the idea/term/name, etc.

So Brady, who flaunts his staggering personal wealth by citing how it is only diminished by the even more incredible fortune amassed by his Supermodel wife, had quite obviously decided that the name Tom Terrific presented an opportunity for him to parasite his way to additional riches.

Is such douchebaggery legal? Sure it is. Do these sorts of things happen every day? Yeah, they do. Is it possible that it’s one of Brady’s myriad managers, agents, handlers and assorted sycophants who actually came up with the idea, rushing to present it to the coolest kid in their little inner circle with the hope of earning a much coveted pat on the head from the GOAT QB? Maybe.

But was it really necessary? Of course not. Couldn’t Brady have stepped up at any time and put an end to this? Withdraw the trademark request and praise Seaver at the same time, forgoing the marketing cash in exchange for some good will associated with recognizing the err in his ways? Sure he could have. So why didn’t Brady do something like that when the backlash began to bubble up?

For the life of me, I don’t know. Maybe this is just a lens into Brady’s ruthless and capitalistic soul — an Uber-competitive individual who’s ceaseless drive to win on the football field spills over into the “real world.” Perhaps the thrill of hoisting so many Lombardi trophies through the years only goes so far, and to keep those competitive fires stoked, Tommy now thirsts to compete and win in the rankings of the Fortune 500.

What I do know is that Brady issued an “explanation” this morning that was so phenomenally absurd that I’m left here opening my eyes as wide as I can, a technique I’ve previously only employed in the midst of horrific nightmares where I try to wake myself up and force the mental torture to cease.

According to the explanation released this morning, Brady took out the trademark request because he actually doesn’t like the nickname Tom Terrific, and wanted to ensure that it could never be applied to him.

So, in other words, this had nothing to do with any potential financial windfall that might accompany such a legal maneuver. The attorneys deployed to draft the filing documents? The time spent planning and executing the move? This was time and money spent to help Brady avoid ever being called a name he didn’t like? Ahhh, gotcha (wink).

Really? Do they find us all to be such easily manipulated rubes? That’s the best Brady and his team of advisors could come up with to rationalize this despicable, overt attempt to add a few additional sheckles to his considerable net worth?

I’m rarely stunned in this day and age of billionaire part-owners shoving opposing point guards from their courtside seats during live game action of the NBA Finals. Or where a young girl can get struck by a line drive and be hospitalized, yet no extended nets show up at any MLB ballparks the next day.

But this one has me speechless. Okay, Tommy, we won’t call you that anymore. Pinky swear. Promise. Can Seaver have his nickname back now? 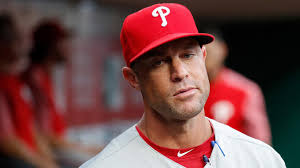 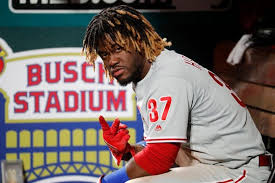 And another prediction we were so excited about a few months back goes down the tubes.

I sure hope SportsAttic Nation isn’t keeping score, because this is an anti-Holzhauer run SportsBro finds himself caught up in (“Prognostication for 1000, Alex. The answer is — Something that will never come to pass. James? What is a SportsAttic prediction, Alex?”).

It would appear safe to assume that Phillies manager Gabe Kapler will not be the first MLB field leader fired this year. And our accompanying prediction that one of the high-profile managerial troika of Aaron Boone, Dave Roberts and Joe Maddon would find themselves on the ropes by now with the MLB season more than a third complete also looks like a preposterous misreading of the SportsAttic crystal ball.

Nope, the first to go will almost certainly come from the NL East (at least we got the division right), but at this point it appears a flatfoot tie between the Nats’ Dave Martinez and the Mets’ Mickey Calloway for the honor of first skipper canned during the 2019 season.

That’s okay, though, because never one to balk at throwing good money after bad, let’s return to the Kapler prediction for just a second. The unconventional and rock headed leader of the Phils currently has his team in first place, engaged in a battle against the 2018 division champs from Atlanta, and despite being blessed with loads of talent down in the land of cheesesteaks, Kapler finds himself beset by injuries and suspensions.

First he lost Odubel Herrera to a domestic abuse claim (wouldn’t it have been refreshing if Phils ownership had just stepped up and released Herrera when these charges first came out?), and now Andrew McCutcheon is lost for the season with a blown out knee.

Kapler’s managerial mettle will be put to the test in the coming months, as he gets to see firsthand why Mets fans weren’t dismayed to see lead-footed Jay Bruce donning the Phils candy-cane pink, pinstriped uni last week (yeah, I know Mets fans, Bruce will look like Roger Maris reincarnated every time he steps in the box against us, you can count on it). Regardless, here’s predicting that Kapler will find a way to manage the Phils out of contention by the time September rolls around, just like he did last year.

First manager fired in the upcoming postseason? Yup, we are doubling down on Big Gabe and the City of Brotherly Love.

Speaking of pennant races, I don’t recall ever seeing postseason berths locked up in the first week of June. Until this year’s American League, that is.

If you look at today’s A.L. standings, it is hard to imagine anything other than the Astros and Yankees continuing their season-long purge of their division competition on the way to clinching the top two seeds come October. Add in the high degree of likelihood that the Red Sox will find a way to join them in the postseason (just too much talent there, folks, even with their post-World Series hangover at full intensity), and the surprise rise of the Twins in the Central, and all that’s left to wonder about with nearly four months of regular season remaining, is who the second Wild Card will be facing the Sawx in the play-in game this fall.

Sure, we can anticipate at least a slight correction coming our way from Minnesota, but with such a lackluster division at their disposal, it’s highly unlikely the Twinkies will miss out on this golden opportunity. In fact, I’m pretty sure the Bombers are already licking their chops at the idea of their old, familiar playoff punching bag coming to the Bronx and rolling over yet again in this year’s ALDS.

The Rays are fun and quirky (quick, name me three players on the Rays roster), and right now appear to be the odds-on candidate to take on Boston in the Wild Card, but we’re going to cast our rooting vote in the direction of the Halos. Here’s hoping Mike Trout and the Angels can muster enough pitching to sneak into the playoffs and give us at least one postseason game for today’s top superstar under the national spotlight.

Yup, it’s June 6th, and that’s all there is left to wonder about in baseball’s Junior Circuit. At least we have the National League to keep us in suspense, where pretty much everyone still has a shot outside of Miami and San Francisco.

Pennant races in June? Not if you are a fan of the American League, folks. Sorry.

One thought on “Three Base Hit — The Saga of Tom Terrific, the Phighting Phils, and Pennant Races in June”