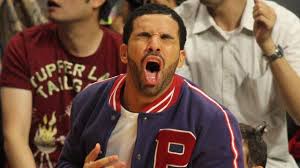 Was I the only fan watching Game 1 of the NBA Finals last night that thought the Warriors looked a tad surprised?

Now, before we get too crazy here, I’m still sticking to my “Warriors in 6” prediction, but I think the Raptors put everyone on notice last night that they aren’t simply satisfied to be the Eastern Conference champs.

Throughout the second half, the Warriors seemed to play with a collective look that said, “Hey wait, why are these guys playing like they think they have a chance?” A combination of the Dubs’ nearly two weeks off in this interminable post-season schedule, plus the step up in weight class from an out-of-their-league Portland team, seemed to leave the champs off balance and even a bit incredulous (“how dare these guys try hard to win!”)

Yes, Steph, Dray and co., the Raptors sure do think they have a chance. This is a much different Toronto squad than the one we got used to seeing used as LeBron’s personal mop and bucket the last few years. Kawhi Leonard has changed the mentality of the entire franchise. They play D, move the ball well, and seem to possess that elusive “chemistry” that’s a must for all championship teams.

Another disclaimer: “chemistry” is always easier to come by when you are winning, and the Raptors led most of the way last night, and were enjoying the raucous home crowd along with big games from role players like Marc Gasol and Pascal Siakam (enormous game — where the hell did that come from?). Success out of the supporting cast is a must if Toronto is to remain competitive in this series, as Kawhi, as magnificent as he may be (put him in a Knicks uniform next season, PLEASE), can’t single-handedly beat the Dubs the way he did Milwaukee.

However, much more importantly, we are now one game into this series and it is still unclear to me who this neutral party should be rooting for.

The easy answer is to take the underdog. As I’ve stated previously in these posts, I’ve developed a process as to which bandwagon I choose to ride (a must if you are both a NBA fan and a New York Knicks fan, secure in the knowledge that your team will not be participating in any games played in the months of May and June), that centers around where I feel my inner fan energy, deep down, is taking me as a series unfolds.

One game in, I’m feeling Raptors. Like many other fans, I’m totally on board with watching Kawhi stake his claim to “best player in the league” status night after night, plus hey, they are from Canada. Gotta like that, eh?

Gasol is a really nimble and effective high-post big man, and shows all the refined fundamental skills that many of the best stars raised in the Euro leagues seem to have. Kyle Lowry is the couch potato’s point guard (and I say that with the utmost admiration). Can’t we all visualize him eating glazed donuts and smoking a Marlboro at his locker postgame? Plus they’ve got Jeremy Lin, of all people, skulking around the end of the Raptors bench hoping for a few garbage time minutes. Lin-sanity, anyone? Anyone?

Okay, so this is pretty easy. We go Raptors, right? Not so fast. Because no matter how hard I try, I can’t seem to get past the douchebag in the front row doing his damndest to steal television screen time while making himself Toronto’s self-proclaimed, Spike Lee-esque, superfan.

You’d think Toronto security would have politely given him the Charles Oakley treatment by now, for fear that he’d completely kill off any goodwill or karmic mojo that all the other positives about the NBA’s lone Canadian franchise have brought to bear these last couple of months. But, of course, the Raptors are in a no win situation here. Drake raises their profile, not an insignificant piece of the puzzle for a franchise that consistently flies below the radar of many NBA fans. Plus the “singer” somehow has a strong following among the ever-important tween demographic (we’ll leave out the well-documented and creepy fact that he also seems to like to date many from that demographic, yuck…).

And then there’s the whole “no such thing as bad publicity” concept. Drake keeps Toronto in the news. I counted more articles in the New York Post online publication this morning about Drake — his “dust up” with Draymond and Steph; his concealing tattoos; his likelihood of traveling west with the team; etc., than there were stories about the actual game. In this day of media driving ancillary revenue opportunities, Drake is a plus to the Toronto Raptors’ balance sheet. So we will have this jackass to contend with, and muddy our bandwagon waters, for the duration of this series.

Then to further complicate my rooting dilemma, Boogie’s Back!

DeMarcus Cousins dusted off the cobwebs and made his first appearance in an NBA Finals game last night. And despite looking a bit more like the Michelin Man than he did the last time we saw him way back in Round One, Boogie actually played well.

This is a different, and eminently more enjoyable, Warriors team with Cousins on the floor. Forget about KD, who if healthy turns this series into an unfair fight. Cousins adds a low-post dimension and diverse skillset desperately needed by this running-on-fumes Golden State squad, who may now face the remainder of the series without Andre Iguodala, who appeared to pull up lame (again) late in last night’s game. Boogie’s presence makes that potential loss of depth less painful. Plus the big guy is just so much damn fun to watch on the floor — he may be the best passer on the team, and this is a team that thrives on the pass!

Adding to the Warriors appeal for me, is this new, surly and frequently peeved version of Klay Thompson. Watching the wheels fall off Klay’s mental wagon last week, when he learned about being left off the All NBA squads this season (which ends up costing him tens of millions of dollars in the convoluted NBA salary slot structure), was great fun. The usually stoic shooting guard was forced to process and react to this dreadful news on camera, with a bunch of microphones in his face, and showed us a side of himself we’ve rarely seen. Based on what we’ve witnessed since, Klay hasn’t shaken it all off quite yet.

Late in last night’s game Thompson got T’d up for throwing a ball at the ref with his squad trailing late.

Klay Thompson getting a technical for throwing a ball at a ref?

The obvious storyline here was the fat cat Dubs, about to lose the first Game 1 of their incredible string of finals appearances, now shedding their (faux) good guy demeanors under duress, and acting out toward the officials. Really?

Well, not really, as replay reviews showed Thompson, while certainly upset over a marginal foul call, had only soft tossed a bounce pass in the direction of the official who’s back had turned. The ball did carom up and into the zebra’s back, earning Klay the “T”  from the other ref trailing the play, but still — can more petulance be far behind, especially with good ole Drake inciting Draymond and Steph following the final buzzer?

That’s why they play the games, of course, but from a fan perspective, this matchup isn’t easy. And this series is far from over. I’m still leaning Raptors here, strictly from a bandwagon to ride perspective, as change is good, even in the NBA. And it does seem that regardless of the outcome, we will be witnessing a new and different Warriors club next year at their new home in San Francisco. A team minus KD, and Klay, and Boogie, and…

So I’ll close with a tepid rooting endorsement of The North (Drake be damned), while absolutely leaving the door open just a crack should Boogie and the Dubs earn back my affections in Game 2.

Stay tuned, it looks like we’ve got a series here, folks.