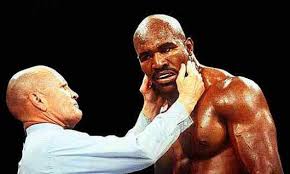 Yep, our 100th anniversary celebration now continues with the second half of the two-parter of unrelated thoughts, opinions and topics around the world of sports.

No need to delay, let’s jump right in:

51. I got to thinking about Friday Night Lights the other day. I could watch that first pilot episode 100 more times and would get choked up every sitting. Next rainy day dial it up, it may be the best dramatic sports series of all time (skip Season 2, though).

52. Okay, hold off on your responses to #51, I know I can’t lead with such a bold statement without adding in The White Shadow. C’mon, couldn’t we all relate to Salami growing up?

53. You know the Raiders and their facial contortionist head coach, aka Chucky, will win at least one Super Bowl in Vegas. It sucks, but you just know it.

54. When you check your brackets this morning, if you went worse than 12-4 in any of the regions, you no longer have a chance to win your office pool. You know that, right? No chance.

55. Yet I’m still pumping my fist in the air over my upset call with UC Irvine. And yes, as of this morning, I’m officially out of the running in every pool I entered.

56. Would any of us have blamed Iona last night if they just refused to come out for the second half against Carolina? “Nah, we’re good. We just played the best half of our lives, and we have no interest in continuing. Wish the Tarheels luck in the second round.”

57. When considering the magnificence of Muhammad Ali, we tend to forget just how big a guy he was. We think of George Foreman (Big George) as this mountainous monster, but watch When We Were Kings some time (top 5 Sports Documentary of all time, by the way), and notice how Ali is looking George right in the eye while spinning off the ropes with his rope-a-dope routine during the “Rumble in the Jungle.”

58. I just flew to Houston and was surprised to see all the “2017 World Champions” hats and hoodies on the passengers. I’ve never thought of Houston as much of a baseball city, but they are all in on the ‘Stros in 2019, and I believe with good reason. And I love the Michael Brantley addition in left.

59. I relish watching Rex Ryan talk on ESPN. Not for the content, but to see those enormous teeth implants of his in action. What a set of choppers! He reminds me of the old Mr. Ed TV series. I wonder if the producers at ESPN have to put peanut butter on the tip of Rex’s nose (the way they did to get Mr. Ed to “talk” in the old days, “Geeee, Willlburrrr…”) to get him started on one of his rants?

60. Extension for Chris Sale? Hmmmm… I had Sale down as the first pitcher in baseball history to throw a slider only to see his entire left arm detach from his body and hurtle through the air toward the plate sometime around August 1 of this year. I guess that’s why they say big contract extensions are a reward for results already posted. Yet the Sawx won’t sign Kimbrel and are going with “hope as a method” with respect to their pen. Yeesh.

61. I’m sorry, but I despise the “jersey exchange” in the NBA and the NFL.

62. And since when did Dwayne Wade get to declare himself a league icon, commanding a celebration retirement tour? He’s an all-time great for sure, and won a few rings (even one without The King at his side), but c’mon already! We didn’t do this for Elvin Hayes when he retired back in the day, and the Big E was at a similar “all-time great” level to D-Wade. I blame social media.

63. However, I do enjoy seeing LeBron lose pretty much every night. It’s the small pleasures…

64. Could you imagine Bob Gibson and Carl Yastrzemski doing a jersey exchange after Game 7 of the 1967 World Series? Two words — hell no.

66. If you could go out for one night on the town and got to pick three wingmen from the history of the world of sports for that one epic bender, who would they be? For me? Babe Ruth, Charles Barkley and Joe Namath. But there’s a long list of alternates.

67. What ever happened to Ahmad Rashad?

68. Is it the jockey or the horse? Was there a professional jockey out there that wouldn’t have won the Triple Crown aboard Secretariat?

69. Is it the running back or the offensive line? For my answer, take a look at O.J. Simpson’s stats with the Bills in the years before they drafted guards Reggie McKenzie and Joe DeLamielleure, and after.

70. I always found it fascinating that the Raiders had two 1000-yard rushers in the ’70’s who were both drafted out of Colgate — Marv Hubbard and Mark van Eeghen. Go figure.

71. Was there a cooler pitcher growing up than Luis Tiant?

72. I never liked George Steinbrenner much, but coming up with “Mr. May” as a nickname for Dave Winfield was priceless.

73. Do I remember correctly that Ted Williams’ family had his body frozen after his death in hopes of bringing him back one day? Is someone working on that? Any updates?

74. As a former little league umpire, I can’t stand the idea of electronic ball and strike calls. The umps are part of the fabric of the game. (And oh by the way, parents can be unmercifully mean when it comes to their little 9-year-old taking a close 3-2 pitch for strike 3. Just sayin’…).

75. Will the people of 100 years from now look back on the NFL as an example of what a barbaric society we are?

77. My first baseman’s glove in the mid-’70’s was a George Scott autograph model. Always loved Boomer after that. Who did you have?

78. We talk about all the mobile QB’s in today’s NFL, but back in the ’70’s there were some legendary ones extending the play and throwing on the run — Fran Tarkenton comes to mind first, but Roger Staubach was underrated in that regard, and so was Kenny Stabler.

79. Growing up watching NHL games, I always thought the Canadiens’ Yvan Cournoyer had the funniest name in the league. Never to be challenged until Jeff Beukeboom began lacing up his skates years later.

80. The 1976 U.S. Olympic Boxing Team captured my imagination. In addition to introducing the world to Sugar Ray Leonard, we got Gold from the Spinks Brothers, Howard Davis Jr. and Leo Randolph, Silver from Charles Mooney, and Bronze from heavyweight John Tate. Incredible collection of boxing talent.

81. I’d like to see a computer simulation of Serena Williams playing Martina Navritolova in her heyday. Billie Jean from the late-1960’s gets winner.

82. Ah the simpler days, when my biggest worry was how Willis Reed’s knees were feeling.

84. I’m glad the relief pitcher golf cart is coming back. That should speed up the pace of play…

85. Was there anything better than when you had a birthday as a kid and one of your buddies gave you a batting donut?

86. Speaking of unmistakeable childhood birthday party moments, the elation of finding out that your friend’s mom was taking you all out to a miniature golf course for the celebration was second to none!

87. The Los Angeles T-Birds were my favorite roller derby team as a kid.

88. I miss the old Superstars competition. When it morphed into Battle of the Network Stars, it was all downhill from there. However, a computer simulation pitting the old cast of Dallas versus the original cast of Baywatch might warrant a pay per view purchase.

89. Did Mark “The Bird” Fidrych pitch against Bill “Spaceman” Lee in the late-’70’s? They must have faced off at least a couple of times, right? That would have been cool to see.

90. How about changing the Home Run Derby at this year’s All Star Game to a “pitchers only” competition? Bumgarner-Syndergaard final? I’d be up for that.

91. Have the Warriors reached status as a team that the entire country (outside the Bay Area) will root against yet?

92. Kenny Atkinson should earn strong consideration for NBA Coach of the Year. What he’s done with the Nets is nothing short of incredible.

93. There were some iconic catchers back in the ’70’s, with Munson, Fisk and Bench among the league’s best players. Kid Carter came along in the second half of the decade. Where are those catchers today (Buster Posey may have been the last one)? Such a demanding position. Does a parent let their talented kid strap on the tools of ignorance anymore? I don’t think so. 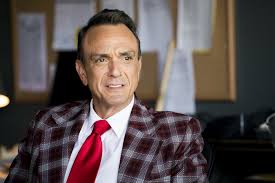 94. I love that Bob Costas’ pinkeye at the Sochi Olympics has become a recurring punchline on Brockmire. For the last time, you’ve gotta watch it!

95. Something about Mills Lane as the third man in the ring made any championship fight all the more enjoyable.

96. Sudden death overtime at an NHL playoff game may be the most exciting experience for any fan to witness in person (assist to Copper Springs Roddy on this one).

97. Remember when the teacher wheeled that dusty, oversized, clunky and outdated  TV into your 5th grade classroom because rain had forced recess indoors? And then she played Brian’s Song? Think back to those kids that didn’t have tears in their eyes when the lights came back on. Those are the ones the government should be keeping an eye on today.

98. The biggest influence on my desire to one day write about sports came from none other than Oscar Madison. The only bright side to a Mets rain delay on Channel 9 back in the day was the Odd Couple rerun they’d play while the tarp was being rolled onto the field.

99. The best one-punch knockout I ever witnessed live was delivered by Laila Ali at Madison Square Garden on an undercard back in 2006. You could hear the snapping sound of a broken nose all the way up in MSG’s Blue Heaven.

100. I’ve never seen a television show quite like After Life. It’s got nothing to do with sports, but is so unique I need to give it a shout out here. Ricky Gervais is a genius methinks.

If you’ve made it to the end, I can’t thank you enough for celebrating 100 SportsAttic posts with all of us out here in Cyberland By The Bay. 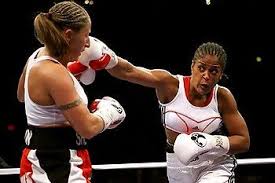