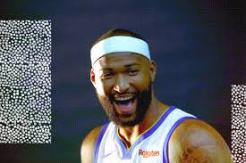 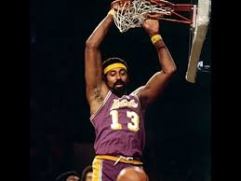 Maybe I’ve been in denial.

I’ve been patting myself on the back a bit as the Warriors have shown signs of slippage early in this NBA campaign. I had even talked myself into thinking that the return from injury by DeMarcus Cousins could be the final nail in the culture coffin currently being constructed by Draymond Green and Kevin Durant over in Oakland.

My skepticism has no doubt been fueled by the unabashed joy and general giddiness bordering on euphoria exhibited daily by Bay Area hoops fans. I was uncertain if this over-the-top enthusiasm, born out of three titles in four years, could actually grow louder and more pronounced here in the East Bay. I have my answer.

Last night’s debut by the one and only Boogie Cousins was a celebration of all that is right with this Warriors bandwagon as they march toward what the locals believe is a preordained Three-Peat come June. Everybody, and I mean everybody, tuned in last night for what would otherwise have been an ordinary matchup against the incredibly dull Los Angeles Clippers, on the road, in the historically lackluster NBA month of January.

DeMarcus Cousins’ return from injury made this one appointment viewing.

Sure, Boogie’s a ball hog. A coach killer. He is often matador-like on defense. Teammates have lined up to crucify him following his departure first from Sacramento and more recently New Orleans. But let’s acknowledge a few things here:

*His history is that of a 25-12 guy, who set his career best in assists per game (5.4) during his last injury-free campaign

*Cousins represents the one thing this year’s edition of the Dubs juggernaut lacked — a meaningful big body who can score in a half court game, from the low post, come the postseason. His presence also makes it a dangerous proposition for an opposing coach to choose to double Steph Curry and/or KD, lest leave Boogie open inside or out

In other words, the Warriors, who were arguably already head and shoulders ahead of the rest of the league before last night (and reigning champs two years running, should we try to forget), are now infinitely more dangerous and well rounded.

Boogie’s debut last night couldn’t have been scripted any better if the league consulted with Steve Kerr pregame. First points coming off a monstrous dunk, nimble rotations on defense (didn’t see that coming), a sweet three-point stroke, and running the floor in complete defiance of the fact that he’s still recovering from an achilles tear. Yikes.

And the big man was having fun. The Golden State bench was practically locking arms in appreciation of a combination of what Boogie brings to the squad as we head into the meaningful portion of the regular season, and the fact that his energy and enthusiasm flew in the face of the selfishness the naysayers have been predicting (hoping for?) since his signing over the summer.

So will the Warriors get their Three-Peat?

It’s hard to argue against it based on what we witnessed last night. But here’s a few things to think about if you join me in always feeling the need to root against Goliath, the Evil Empire, Tom Brady, Google…okay, okay you get the idea.

*Cousins being activated doesn’t mean he stays healthy. I’m not rooting for Boogie to be felled by injury (I actually have always enjoyed Boogie Cousins, in all his delightful complexity), but pounding 300 pounds nightly on a repaired achilles tendon is risky business. Will he stay on the court?

*The aging Warriors nucleus remains a fact, as does the simmering cultural fractures. Steph’s ankles are always a concern; Draymond is a loose cannon with diminishing stats; Klay is Klay, but seems to be missing his target more than we’ve become accustomed to; and KD seems a little disinterested to me. Perhaps Durant’s looking ahead to when he can try to build his own team and garner a title that he won’t be vilified for (and for the record, yes, the skinny man would look great in a Knicks uniform next season)?

*There remain some significant threats on the Warriors path to another title (Boston, Philly and Toronto all are strong contenders in the east, and Houston, Utah and OKC will be looking for a pound of Dubs flesh when the postseason commences). The West is once again loaded, and while I see no one that can legitimately strike fear into the local bandwagon riders out here, I do see some taxing, physical matchups awaiting the champs when the playoffs begin, including one that inevitably will include LeBron. Expect the King to do everything but sell popcorn at the Staples Center concession stands when that matchup gets dropped into our waiting laps this Spring.

*And then there’s Wilt. 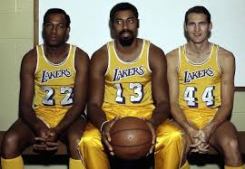 Yup, the Big Dipper Factor is worth noting here. You remember Wilt Chamberlain, dontcha? Wilt was the first reigning NBA MVP to ever be traded, following the 1967-68 season (if you’re wondering, he “only” posted 24.3/23.8/8.6 that season). His 76ers had won the first title of the big center’s career with a near-perfect season in 1966-67, but one year later Wilt worked the league to move his face of the NBA west, where Hollywood crossover opportunities abounded (sound familiar, anyone?).

The Sixers had little choice (a Wilt staple had always been to threaten to sit out if his demands weren’t met), and sent him to Los Angeles that July, in return receiving Darrall Imhoff, Jerry Chambers and Archie Clark from the Lakers.

Yes, you can look it up.

Cries throughout the league cascaded down upon the first ever SuperTeam. Wilt would be joining Lakers superstars Elgin Baylor and Jerry West, forming a nucleus of future Hall of Famers who shared in common a decade-long torment at the hands of the Bill Russell/Red Auerbach Celtics.

(A little more context on the magnitude of this trade — during the 1967-68 season, prior to Wilt’s departure from Philly, West had averaged 26.3 points and 6.1 assists. Baylor had gone for 26.6 points, 12.2 boards and 4.6 assists per game. To this star-studded partnership, Wilt added another 20.5 points and 21.1 rebounds in his first year out west, while subjugating his ego and looking less for his own shot in an effort to blend in with the homegrown stars.)

Chamberlain spent five years in Los Angeles before calling it a career following the 1972-73 season. His Lakers “SuperTeams” made it to four finals in those five years (only missing out in 1970-71, to the Alcindor/Robertson SuperTeam — see, this is not a recent phenomena — assembled in Milwaukee to earn the Big O the only title of his legendary career), but delivered only one championship to LaLa Land (the 1971-72 team, which in the humble opinion of this writer remains the greatest NBA team of all time).

Wilt’s Lakers lost in seven instant classics to Russell in the Celtic legend’s swan song season of 1968-69, and again in seven the following year to the Reed/DeBuschere/Frazier Knicks (the team that made me a diehard hoops fan for life, by the way).

Lew Alcindor and the Big O had their moment in 1970-71, before the Big Dipper at last broke through for his lone L.A. title, in 1971-72 (his second and last championship — and the only ring of West’s amazing career).

The Lakers lost again, this time in five games, to the Knicks in Chamberlain’s final year in the league (by the way, as an aside to reinforce the incredible legend that is Wilt Chamberlain — in Wilt’s “retirement year” of 1972-73, he played in all 82 games, averaging 43.2 minutes per game, 18.6 rebounds and 4.5 assists — at the age of 36. Yeesh).

Those Lakers/Chamberlain SuperTeams had five cracks at it with Wilt in the pivot, and came away with just the lone championship of the 1971-72 team.

So in other words, SuperTeams are no guarantee of a championship (LeBron can also attest to this fact).

However, of one thing I am certain.

Boogie’s return makes The Association eminently more interesting today than it was yesterday at this time. Everybody loves a villain to root against, and if the Warriors weren’t already there pre-Cousins, they sit proudly on their Iron Throne this morning (I mean, c’mon, is anyone outside of New England hoping to see Tom Brady and the Pats win in Kansas City tomorrow?).

So cheers to hoops fans everywhere! The NBA is FAN-tastic, and we are ready to Boogie in the season’s second half. 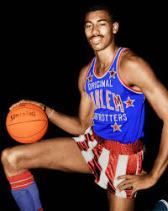 One thought on “Boogie’s Back and This Could Get Scary”