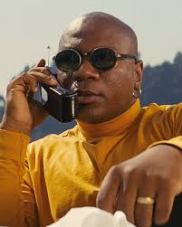 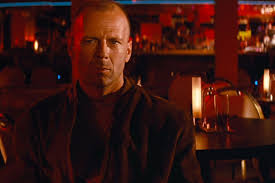 “The night of the fight, you may feel a slight sting. That’s pride fucking with you. Fuck pride. Pride only hurts. It never helps.” — Marsellus Wallace

It all comes down to this. Divisional matchups in Week 17 will decide the final entrants into the NFL postseason tournament. And pride will play a major role in deciding the fates of several contenders this weekend.

Will the Cleveland Browns, already having surpassed the expectations of many this year, show up one more time, in hostile terrain, and put up a fight, a la Butch in Pulp Fiction? Or will they ignore their pride and decide seven wins is plenty to build on heading into the offseason, thus making Marsellus Wallace proud by taking a dive down in Baltimore?

As Vincent Vega always says, “that’s why they play the games.” (I know, I know, but I had to figure out a way to throw a Travolta reference into the opener.)

So with a remarkable number of relevant games taking place on the NFL’s final regular season Sunday, Six Picks will take a look at the ones that hold the most meaning in rounding out this year’s playoff brackets. Along with each of SportsAttic’s selections you will see an accompanying photo. A picture of Butch indicates pride will rise to the occasion and jeopardize the contender’s playoff plans.  A shot of Marsellus tells you that the patsy will take that dive, and lay out the red carpet for the playoff contender.

Here we go (as always, home team in ALL CAPS):

Bears (+5.5) over the VIKINGS — The Bears are pretty much locked in at the three seed, barring a Rams loss to the Niners, and unless the scoreboard hints at a huge upset in the making at the L.A. Coliseum (both games start late), look for the Bears to reign things in come the second half. Just what Marsellus wants to hear, right? The Vikes, on the other hand, HAVE to win. So this pick is really one final indictment of Kirk Cousins’ lack of leadership mettle and big game chops. The win will not come easy for the boys in purple, as Chicago’s pride in taking it to a division rival, regardless of the stakes, makes for a cover. (Vikings, 22-20)

STEELERS (-16) over the Bengals — A huge spread to throw at this colossal band of underachievers from the Steel City, but luckily for the Western PA fans, it’s the Bengals coming to town this Sunday. Talk about a made to order patsy for Marsellus Wallace to get rich off. No risk of pride getting in the way of Cincy’s offseason plans this weekend, as the Marvin Lewis era mercifully reaches it’s conclusion. Alas, for the Pittsburgh faithful, this blowout will be too little, too late to rescue their playoff fortunes. (Steelers, 37-10)

DENVER (+7) over the Chargers — This one sure appears to be a layup for the Butch’s of the world. The sunny climate Bolts heading into Denver needing a win and then a gargantuan amount of help from the Raiders (in K.C. no less — yikes!) to steal the division title out from under the Chiefs. Cold weather and a tough D (two of pride’s most powerful weapons) await the Chargers in the Mile High City, and the historically downtrodden Bolts will likely end up embracing their Wild Card entrance into the tournament. Since both this contest and the one in K.C are part of the late game schedule, when Philip Rivers looks up and sees the Chiefs up 30 or so at the half, expect the Chargers to quietly fold. Butch by TKO. (Broncos, 24-20)

Eagles (-7.5) over WASHINGTON — This game is a dream for the Marsellus Wallace’s of the world. The Eagles now remember what it feels like to be on a roll, with the familiar figure of Nick Foles under center, and still a glimmer of a chance to defend their title. Meanwhile, the D.C. Football Club is putting on a weekly clinic in dysfunction so astounding that even the Jets and Raiders are impressed. Let’s make sure we have this straight — the ‘Skins sign a guy who’s been cut due to domestic abuse allegations, lie about having vetted the signing with team leaders, and then a few weeks later cut their best defensive player for telling the truth about the poor defensive schemes contributing to the team’s demise. Yup, pride left this building weeks ago, and this one will be no contest shortly after the coin toss. However, file this one under “what might have been” for the soon to be former champs. (Eagles, 31-13)

Browns (+7) over the RAVENS — Maybe the most interesting matchup of the day. How far have the Browns come this year? Nothing to play for on Sunday except for a shot to  finish above .500, and simultaneously knock a division rival out of the tournament. Is that enough to show up for? In front of a blood thirsty Baltimore crowd? The Browns are young, clearly on the upswing, and have some emerging swagger. But the Ravens are legit, especially on the defensive side of the ball, and they couldn’t have the playoff rug pulled out from underneath them in the season’s final weekend again, could they? Nope, not this year, but the young Browns aren’t offering the Ravens any foot massages, either. Slugfest down in Baltimore. (Ravens, 17-16)

Colts (-3) over the TITANS — Since this one is for all the marbles for both teams, we have to call it a Pulp Fiction tie, kind of like when Marcellus and Butch brawled in the pawn shop doorway. A Ravens win earlier in the day means that one of these two will be watching from their couches next week as Wild Card Weekend kicks off. I’ve been alternately bored and unimpressed with the Titans all year, despite their improving, solid defense. Plus, it’s hard not to root for  Andrew Luck’s season to continue into January. Look for Luck and the Colts to send a message to the rest of the AFC in front of the national TV audience on Sunday night. (Colts, 30-20)

And here it is, SportsAttic Nation — the final Six Picks Guest Prognosticator segment of 2018! Last week Chief Redbird showed us that his inability to see into the future extends beyond the baseball diamond and all the way to the gridiron, in the process dropping the GP’s to a dismal 4-10 on the year. So with one last chance to swing the bat, we turn to AtticBride to reverse the losing momentum and show us how it’s done.

When not contributing to the saving of lives up and down the NorCal coast with her American Red Cross colleagues, AtticBride is most often seen on the tennis court, where she regularly shares her fluency in Tarantino-esque profanity while working toward a successful defense of her 2018 Club Doubles Championship. AtticBride also happens to be a closet Washington Football Club fan, from her days spent outside our Nation’s Capitol slinging slices of pizza and sporting an oversized, autographed Dave Butz jersey with pride. Here’s AtticBride:

RAMS (-11.5) over San Francisco —  “Hi SportsAttic, so today I’m flying from San Fran to LA and AtticBro throws a request at me to be the Guest Prognosticator in this week’s Six Picks. ‘What?’ was my incredulous retort. I used to be a bit of a Redskins fan because back in high school, while waitressing a charity event, THE Dave Butz signed my jersey — while I was WEARING it! (#notmetoo) I actually thought it was pretty funny, and I came away with a free, signed jersey and great story to tell, so no worries — we cool, Dave! Back to SportsAttic — so AtticBro says I need to pick a game and given that today is a travel day, I figured this would be easy. That is until AtticBro added yet another ridiculous request (not altogether unusual, if you know AtticBro), stating that I should incorporate a Pulp Fiction reference into my pick. My first reaction was ‘are you kidding me,’ but my daughter says most of our family’s daily dialogue includes multiple Tarantino quotes, so again, I should be able to handle this. Getting into the spirit of things, I next asked who the Big Kahunas were on the Niners and Rams these days, because I freaking LOVE all the burger references in Pulp Fiction (you know, ‘Royale With Cheese,’ the metric system banter, and the ‘check out the big brain on Brett’ scene, when the poor kid is forced to share his Big Kahuna Burger). To this day, whenever we eat at In-N-Out, we can’t help but say ‘now this IS a tasty burger…” So I hear the Big Kahuna on the Niners is Jimmy Garoppolo, and the Rams’ Kahuna is  a running back named Todd Gurley. Based on the all important ‘name I like best’ criteria, I was going with the Niners, but then AtticBro informed me that Garappolo is hurt, so I’m picking LA, 49-3! When I passed this lopsided score along to AtticBro (hey, that’s what he should expect for asking me to write a SPORTS blog), he seemed stunned, and all he could muster in response was ‘what?’ And so then I said, ‘say what again, motherfxxxer.'”  (Rams, 49-3)

SportsAttic Take: Clearly knowing where my bread is buttered, I have to agree with AtticBride on this call. The Rams are still regaining their footing after stumbling a bit as the season came to a close, and with the bye week and all its many benefits still hanging in the balance, look for the Rams to take their NorCal rivals to the woodshed tomorrow. Goff and Gurley will sit out the fourth quarter and get an early start on their upcoming time off, and this game still won’t be close. (Rams, 31-10)

And that’s our wrap on the 2018 NFL regular season. Enjoy tomorrow’s games over a Royale with Cheese, a Five Dollar Shake and maybe a beverage from Big Kahuna Burger to wash it all down.

Happy New Year from all of us at SportsAttic to all of you, your friends and family — see you in 2019!