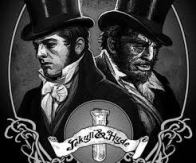 Jekyll or Hyde? Man or Mouse? Chief or Chef? Ram or Lamb?

It’s getting late in the 2018 NFL, and we are about to learn a heckuva a lot about a select few contenders.

With two weeks to play in the regular season, and seemingly everyone not from New York (or New Jersey) still alive, this weekend brings the fans some cool matchups. Over the next 48 hours we will all see more clearly who should be taken seriously when the calendar turns to January, versus who are mere pretenders or paper tigers.

Following last week’s first-ever 0-6 ledger, SportsAttic will try to draw attention away from the sub-.500 record of shame, and shine a light on what bandwagons are, or are not, for real, as we prep for the postseason tournament.

For instance, could the Colts really have a defense? Or did the Cowboys simply revert to the mean in getting shut out in Indy last weekend?

And now that the Cowboys have seemingly remembered that they are a terrible football team here in December, can the season-long hangover of the Super Bowl champion Eagles finally be dissipating? Will the fog clear just in time for a Hail Mary of a recovery that will actually allow Philly a shot at defending their title?

The Browns? Is this fledgling bandwagon worth riding for those of us whose teams have been out of contention since Halloween? Or is Cleveland simply setting up their fans, and anyone else buying into their fun, reclamation project of a storyline, for a colossal fall?

We’re going to know a lot more by Monday morning. And speaking of Mondays, we will not be including the MNF pillow fight between the Broncos and Raiders in our Six Picks this week, cancelled due to viewer indifference. Instead we will stick to what is actually an exciting Sunday schedule chock full of meaningful games.

And speaking of meaningful games, here we go (home team in ALL CAPS):

Giants (+10.5) over the COLTS — Yes, AtticBro is well aware that a season’s worth of failed contrarian selections should have taught him a lesson or two by now, but hey, in for a penny, in for a pound. The Giants are one of the more dangerous of the eliminated squads currently playing out the string, and with possibly all of the New York offensive weapons present and accounted for, we will learn if this Colts defense is, indeed, for real. And the Colts? If you go off last week, they should win the Super Bowl. Not buying it. It’s good to see Andrew Luck healthy and possibly heading back to the playoffs, but these are still the AFC South Colts we’re talking about, and they still feel like a .500 team to me. They may win this one, as the Giants seem to have perfected how to lose the close ones this season, but covering double-digits? Nope. (Colts, 27-23)

Rams (-15.5) over the CARDINALS — Talk about a learning opportunity! Nobody expected the Rams to go undefeated this year, but right now they resemble the Lambs much more than Rams. And they are the current poster children for the team that starts fast out of the gates, only to stagger to the finish line. They should be thanking the schedule-makers for giving them this get-well opportunity in the desert, because they really need it. The Cards gave up all hope back in September, and have less than little to play for. By all rights the Rams should win this one by at least 40. If they are to be taken seriously in the postseason, L.A. covers easily. Rams or Lambs? Hmmm… (Rams, 31-13)

Bengals (+10.5) over the BROWNS — Yup, the rubber really meets the road here. First, let’s start by acknowledging that the Browns (THE BROWNS!!) are double-digit favorites over a division rival in December. Chew on that for a couple of seconds before reading on. Then let’s factor in the whole Hue Jackson thing. Think the Bengals might have noticed the way Baker Mayfield and several other Browns publicly shat all over the former Browns head man for choosing to become gainfully employed in Cincinnati after his abrupt dismissal by the Browns earlier this year? Or how much the Browns enjoyed coming into Cincy and putting that whupping on them a month or so ago? Before we go anointing the Browns the future power of the AFC North, let’s remember two things — one, they have only a half game better record than the Bengals. And two, they are the Browns. Upset special ends the Brownies playoff dreams — again. (Bengals, 26-21)

Texans (+2.5) over the EAGLES — Can we call the Eagles Bobby Day yet? Huh? Bobby Day was the original “One-hit Wonder,” penning the hit tune “Rockin’ Robin” back in 1958, never to be heard from again. Well, the Iggles have spent the year sleep walking through their schedule (and their uber soft NFC East competition), putting up one of the most half-hearted title defenses since Buster Douglas took a header in the third round against Evander Holyfield back in 1990. Yet here they are, still with a chance, and two games to play. The Texans? Only on a collision course with Super Bowl LIII, and getting 2.5 points to boot.  Yup, “all the little birdies on jay bird street, listen to the robin go tweet, tweet, tweet…” — enjoy the playoffs from your sofas, Eagles. (Houston, 27-17)

Steelers (+7) over the SAINTS — Maybe the best matchup of the weekend. And another learning opportunity for NFL fans. The Saints have a chance to make a statement heading into the playoffs and cement their status as potential #1 seed and Super Bowl favorite. Everyone is rushing to laud them as having a complete team after the Saints D flexed their muscles on MNF against the Panthers earlier this week. But Pittsburgh’s offense is not Carolina’s, and the Steelers have to win. Makes for great drama when you have a late-season matchup between two likely playoff teams and the game means something to both. They may not be the Aints anymore, but New Orleans has one more stumble in them before the playoffs begin, and this is the one. (Steelers, 42-38)

Chiefs (pick) over the SEAHAWKS — Another matchup between likely playoff teams. And this one matters, too. The Seahawks are still a long way from the old Legion of Boom days on D, but they are far more solid than anyone had anticipated entering the season. But then they go and lose to old friend Richard Sherman and the Niners last week, and we scratch our collective heads. The Chiefs are Andy Reid-ing again, proving that even with the NFL’s Steph Curry behind center that they can still wilt in December. If this year’s model spits the bit as so many Chef pretenders have in seasons past, you must  begin to wonder if maybe the coach is the problem. Yup, we will learn a ton about both of these combatants on Sunday night, but the Chiefs appear to be too much of a step up in class for these overachieving ‘Hawks. Seattle may sneak into the playoffs anyway, thanks to that watered down NFC wild card competition, but they won’t cement it this week. (Chiefs, 28-20)

Last week Windy City Brian came into SportsAttic like a lion (or maybe a Bear?), and left like a lamb. And while SportsAttic has great appreciation for all who grace our weekly Six Picks post with their presence, we do point out that most picks made out of enmity and spite often end in a painful and public shaming. Or something like that…

Anyway, Windy City Brian’s hated Vikings responded to his call out, spiraling our Guest Prognosticators cumulative record to a desultory 4-9 on the year. And while a .500 ledger may be mathematically impossible, we enthusiastically welcome Chief Redbird back to SportsAttic as this week’s Guest Prognosticator! The last time our readers heard from Chief Redbird, he was alternately touting Mike Shildt as Manager of the Year and Matt Carpenter as NL MVP, in a shameless display of homerism that was passionate, yet ultimately ended as the baseball Cardinals’ season did — out of the money.

Those poor calls notwithstanding, Chief Redbird has been a vocal sideline critic of SportsAttic’s poor NFL Six Picks performance, even if he does begrudgingly admit that some of the accompanying nostalgic references occasionally strike a positive cord. Thus, Chief Redbird has earned the chance to put his own prognosticatory wisdom where his mouth is, joining us this week to show us how the middle of the country experts handicap the NFL. Welcome Chief!

TITANS (-10) over Washington — “Chief in St. Louis says: just like in the stock market, sometimes the trend is your friend. This week I like the Titans to cover the 10 points on the Saturday night special vs. the Redskins. Although both teams are 8-6 against the spread, season to date, Tennessee is on a three-game roll while the Redskins have less to play for other than the spoiler role. I am not a huge fan of big spreads in the NFL, but I can’t see Washington scoring much against a tough Titan defense, and if Tennessee can play a clean game and not look ahead to a key, playoff implications game next week at home against the Colts, they should win somewhere in the 24-7 range.” (Titans, 24-7)

SportsAttic Take: While it’s hard to disagree with Chief Redbird’s rationale here, I keep going back to the fact that we are seeing another so-so AFC South squad trying to cover double digits. I just can’t go there. The Washington Football Club was terrible before the injuries, and now has little to play for other than trying to hold off the Giants in the battle for last place in the NFC East. I anticipate a snooze-fest here, and while I do expect the Titans to come out on top, no way can I justify this spread. (Titans, 20-13)

And there it is for Week 16. We will know a lot more of what to expect by the time we pick up the papers on Monday, and the season finales next Sunday should be a lot of fun.

Happy Holidays to all!

One thought on “Contender or Pretender? Time to Learn Who’s Who in Week 16 — NFL Six Picks”