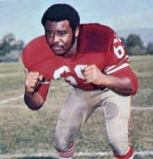 Rivalries with a history are part of the fabric of the NFL.

Giants versus Eagles is so much more than a Thursday night humiliation a couple of Thursdays back. It’s Chuck Bednarik standing over an unconscious Frank Gifford. It’s Lawrence Taylor chasing down Randall Cunningham from behind to preserve a victory. . It’s Herman Edwards scooping up The Fumble.

Bears-Packers? Cowboys-Redskins? Chiefs-Raiders? Mere mention of those names makes me want to get down in a three-point stance. All of them full of colorful personalities, with memories of last-second victories and championship runs passed from one generation of fan to the next, ensuring that intensity bordering on hatred is maintained through the years.

Growing up in the ’70’s, you knew at the beginning of every season that the NFC West would have two good teams and two terrible ones. It seemed like every year the Saints and Falcons were out of it before Halloween, leaving the division to the Los Angeles Rams and San Francisco 49ers, two teams whose players and fans truly despised one another.

John Brodie of the Niners would be throwing bombs down the field to Gene Washington (the good Gene Washington — I always found it fascinating that there was another Gene Washington who played for the Vikings), while Rams QB Roman Gabriel would counter with fireworks of his own, targeting everybody’s favorite Hollywood wideout, Jack Snow.

And this wasn’t your stereotypical west coast, finesse football either. These two teams pounded it out in the trenches, too, where Merlin Olson was The Man, but the 49ers Woody Peoples (one of my favorite NFL names as a kid) never gave an inch, blowing holes in those awesome Ram fronts for Ken Willard to plow through. Blood rivals.

Through the years they’ve waged some memorable wars. Each team had their runs, the most conspicuous of those being the era of domination ushered in by Bill Walsh and his West Coast Offense, that led to the Niners picking up all of those rings in the ’80’s and ’90’s.

For their part, the Rams were by and large the superior team in the ’70’s (even reaching the Super Bowl following the ’79 season), before ceding supremacy to the Montana/Young squads that set the standard of excellence for most of the next two decades. The rivalry lost a lot of luster when the Rams packed up for St. Louis in 1995, where they ironically managed to pick up their lone Super Bowl title behind The Greatest Show on Turf team of Kurt Warner and Marshall Faulk, taking Super Bowl XXXIV in January of 2000.

With the Rams now back home in their familiar Southern California surroundings and posting a strong 2017, the stage was set for this rivalry to resume. Anticipation of a tight division race gained momentum after the 49ers seemingly picked Bill Belichick’s pocket in trading for Jimmy Garoppolo last year, closing the 2017 season looking like a team on the rise. Ah, but the best laid plans.

You can currently find Garoppolo sitting in that NFL nether world known as Injured Reserve, and the Niners have regressed badly, while the Rams appear to be the real deal starting the weekend as the league’s lone unbeaten team. And that’s were we will pick up this week’s NFL Six Picks — with a battle that should be a highlight of this week’s slate of games, but instead is just another blowout waiting to happen, with the only mystery seeming to be will the Rams cover.

So maybe next year will give us the return to glory for this once-exciting rivalry, when a rehabbed Garoppolo returns to challenge a Rams team that should be well established as an NFC powerhouse, if not defending Super Bowl champs.

With that in mind, here’s a look at this week’s NFL SIX PICKS (as always, home team in ALL CAPS):

49ERS (+10.5) over the Rams — Someone once told me the definition of an idiot was someone who didn’t learn from their mistakes. Hmmm… Well, I’m going against the Los Angelenos again anyway, and if the idiot moniker fits, I guess I’ll have to wear it. But a home dog 49ers team, getting 10 1/2 points and coming off arguably their best showing of the year last week in Green Bay, is too enticing for me not to take. And the Rams have to take a week off eventually, don’t they? I can’t see them getting hung with a loss by this crippled SF squad, but I also can’t imagine how overconfidence hasn’t seeped into the LA locker room, at least a little bit, this week. (Rams 26-17)

MIAMI (+3) over the Lions — Every week I scour the betting lines hoping to identify an opportunity to expose. I thought I had one here in Miami, seeing the barely mediocre Lions giving points on the road to a 4-2 Dolphins team. The problem here is that I’ve been distracted this week, what with the MLB playoffs going on and an east coast business trip thrown in for good measure. So somehow I missed that Ryan Tannehill was sitting this one out with an injury and would be replaced by the one and only Brock Osweiler (frankly, I didn’t even know Osweiler was still in the league). Uh, okayyyy. Well, I’m still riding with the home dog here, banking on the Dolphin D getting to Matthew Stafford enough to force some turnovers, while Osweiler, who’s only attribute seems to be that he’s really tall, game manages capably enough to eke out a win. (Dolphins, 17-16)

CHIEFS (-7) over the Bengals — This is more of a bet that last week’s Bengals loss at home to Pittsburgh has that hangover effect and greases the skids on a multi-week Cincinnati slide that returns them to their familiar neighborhood of sub-.500 irrelevancy. I’m still not sold on the Chiefs being Super Bowl bound, and while I am grudgingly easing onto the “Patrick Mahomes is an awesome QB” bandwagon, I’m still anticipating at least one clunker coming our way from the second-year signal caller. But there’s too many K.C.  weapons for the Bengals to deal with here, and an angry Chiefs team will feed off the home crowd and turn this one into a blowout by the second half. (Chiefs, 31-14)

COLTS (-8.5) over the Bills — This was another point spread aberration I thought I’d identified when I reviewed the lines yesterday. How could the one-win Colts be favored by more than a touchdown? Even if it is against the hapless (yet somehow still possessing two wins) Buffalo Bills. Then I saw the injury report. Apparently every QB in all of upstate New York is hurt (or just really, really bad). I’m pretty sure the Bills signed Joe Ferguson out of retirement on Thursday to take the snaps tomorrow. The Colts may have the dubious distinction of being the league’s best one-win team, and have kept just about everything close even if they always do find a way to lose in the end. Not tomorrow. (Colts, 35-10) 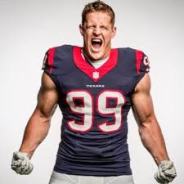 Houston Texans (+4) over the JACKSONVILLE JAGUARS — Full team names to help my pal Geno and others who are still confused by how Houston has an NFL team, but it’s not named the Oilers, yet the Oilers are still a team, also in the AFC South, but now play in Tennessee and are called the Titans. Got it? Yeah, well… regardless, something smells bad down in Jacksonville lately, and the Texans seem to be on a bit of a roll. J.J. Watt and all those fast, Texans defensive players are starting to exert themselves, and I think whoever ends up winning this one, does so with a late field goal. So I’ll take that fourth point on the spread and ride the Texans bandwagon. Besides, the Houston fans need a lift to recover from those three consecutive home losses by the former-champion Astros earlier this week. (Texans, 24-21)

FALCONS (-4) over the Giants — The real question heading into this Monday Night Football tilt is can the Giants actually get humiliated two weeks in a row on national television? I still don’t know how the squad I picked to win the NFC East can continue to stink to high heaven on a weekly basis, putting up embarrassingly bad performances on the field, and even worse shenanigans with the press and in the locker room during the week. This time it was team owner John Mara deciding to reignite the ridiculous Odell Beckham Jr. saga by calling out the “star” receiver, correctly pointing out that maybe he should try to  play one, complete game before spouting off at the mouth again. This week’s beneficiary of the Giants’s dysfunction is another early-season disappointment, the Atlanta Falcons, who many considered to be a Super Bowl contender when the season began. They showed some life in beating the reeling Bucs last week, and look for them to continue to get back on their feet by putting a pounding on Big Blue. (Falcons, 41-20)

Next up, of course, is what we’ve all been waiting for — the SportsAttic LUCKY 7 guest prognosticator of the week!

Eliza the Trojan, despite never having a hair out of place, apparently provided just the motivation the downtrodden Cowboys needed to shake their offensive slump and absolutely destroy the Jaguars last week. That brings our Six Picks guests’ cumulative ledger for the season to a less than spectacular 1-4 heading into this week’s action.

And with our bar of expectations at an all-time low, we are proud to introduce this week’s guest, AC from NorCal. Despite a puzzling enthusiasm for the game of pickleball, AC from NorCal is a proud Chicago Bears fan, who has recently reclaimed her spot atop the Chicago bandwagon, celebrating the Khalil Mack-led resurgence that’s restored Chicago football to relevance once again.

AC from NorCal has chosen to buck conventional wisdom and go with her heart today, testing the Football Gods’ good humor by going for the jugular of none other than pretty boy Tom Brady and the despised Patriots. Certainly a gutsy call, even if it may be fueled by 33 years of pent up frustration waiting for that next Super Bowl Shuffle. Here it is:

BEARS (+3) over the Patriots — “Hi SportsAttic and a special hello to all of my fellow pickleball players — only the most exciting new sport in the world today! My pick is the Chicago Bears. In keeping with SportsAttic’s love of nostalgia, I give you my original and old school dream team roster, which includes B.Urlacher, D.Hester, M.Forte and yes, even the kicker, Robbie Gould. I have each of their jerseys, in both home and road colors (and I always got teased for wearing a kicker’s jersey, by the way), but hey, the navy blue, white and burnt orange color pattern is so flattering to wear, even a kicker’s jersey looks good on me (plus the Windy City has the best deep dish pizza). Bear Down!” (Chicago, 27-14)

SportsAttic take: While I can’t help but appreciate AC from NorCal’s nod to those great Bears names of the (recent) past (I’m more of a Sayers/Butkus guy, but hey, she’s young), I think she’s allowing emotion to sway her selection. It pains me to say it, but I feel like the Pats are on one of those runs we’ve all seen before, where they get better every week. And while I expect a tough contest and truly hope to see Mack face-plant Brady at least a couple of times, New England has too much for a Bears team that’s a year away. (Patriots, 27-17)

There’s Week 7 of NFL Six Picks for you! Enjoy the games and let me know who to root for in a Dodgers-Red Sox World Series. Ugh, we really needed the Brewers to win tonight. Oh well.