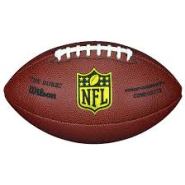 Which has a greater degree of difficulty, picking NFL games (with the spread) for Week 1,  when you have no clue what to expect from about two-thirds of the league, or in Week 2, when you  only have Week 1 misinformation as your guide?

There won’t be any scientific conclusions to that question found here, since SportsAttic was asleep at the switch for Week 1 and failed out to get out any picks. But with Week 2 upon us, it’s time to introduce SIX PICKS (Get it? Catchy, huh?)!

Every Saturday look forward to our  weekly attempt at prognostication, designed to provide bettors with a “reverse indicator” to help them improve their odds by simply taking the SportsAttic selections, and going the other way (nod to the great Warner Wolf, New York fans).

As the name suggests, we’ll pick six games on the NFL slate every week (always including the Sunday night and Monday night games, but never the Thursday night game, since that’s a bad NFL idea that needs to go away), using the latest available point spread at the time of writing (I’m going with  the YahooSports line, since that is my app of choice for scores and spreads).

Beginning next week, we’ll also add in one “Lucky 7” prognosticator. One of our loyal SportsAttic followers will submit a seventh pick to our slate, of his or her choosing, along with their supporting arguments (and, spoiler alert, perhaps a reaction or two from the Editor in Chief).

Email me or simply comment on this post if you would like to try your hand as the Lucky 7 contributor starting next week (only caveat being you have to pick a game not already selected by yours truly). So with the optimism of a man who hasn’t gotten a single game wrong all season, I fully expect to run the table at 6-0 this week with the following Six Picks!

And one last note, I learned long ago that when engaging in picks against the spread, it is a fool’s recipe to pick a game that matters emotionally to you. Thus, you will not see any Jets games making their way into our weekly feature. Assume every week that I not only pick the Airplanes to cover, but to win outright (I’m 1-0 on that one so far — thank you Detroit Lions!).

Arizona (+14) over the RAMS — Here is a classic Week 2 crap shoot, if you ask me, and I’m simply going for a reversion back toward the middle here. Yes, the Rams looked great beating up on Chucky and the Silver and Black on Monday, but not much of a home field edge yet for the Los Angelenos, whose fans can’t seem to decide if this is a rideable bandwagon or not. And 14 just seems like way to many points to give, no matter how bad the Cardinals looked last week.  I’m going with a Patrick Peterson defensive TD in garbage time to turn the spread back Arizona’s way. (Rams 27-14)

Kansas City (+6) over the STEELERS — Another head scratcher. Andy Reid teams are always Super Bowl worthy in September, and I’m psyched to get another look at Patrick  Mahomes, this time with a better defense across the line from him. Pittsburgh was lucky to get away with a tie last week in Cleveland, and with Leveon Bell still tweeting from his couch, I can’t see how Pittsburgh is giving nearly a touchdown in this one. Give me the Chiefs in one of those “last team with the ball wins” kind of games. (Chiefs 38-34)

Lions (+7) over the 49ERS — How long will tech money distort San Francisco spreads? I’m guessing a few more weeks (or losses), at least. Bay Area fans are chalking up the 49ers Week 1 loss to a tough draw against the Vikings on the road, and now expect their  Super Bowl march to begin in earnest back home at Levi’s Stadium. Would anyone bet on Detroit after their debacle on Monday night? Ever again? Nope, and therein lies the challenge of Week 2. Here’s guessing that Matthew Stafford and the Lions put some points up on the Niners D this week, and I’m just not ready to send Jimmy Garoppolo to Canton yet, either. Upset special. (Lions 24-23)

Oakland (+7) over DENVER — I don’t feel great only feeding on underdogs on the road, but you go where the value is, and I’m betting on a lot of bounce backs this week. The Raiders aren’t as bad as they looked on Monday night (are they?), and all the press this week about how Gruden and Derek Carr aren’t on the same page to me is a bunch of nonsense. Chucky wouldn’t be back on the sideline if  he didn’t believe Carr was a field general he could win big with right away. Yes, the Broncos have a stout D, but I see the Raiders getting untracked against their arch rival a mile above sea level, and I don’t see the home team scoring enough to stay in it. Give Chucky 2.0 his first W behind a big afternoon from Derek Carr. (Raiders 20-10)

Giants (+3) over the COWBOYS — Can a Week 2 matchup really be “must win” for both teams? In this case, I believe the answer may be yes. It seems to me there is a lot of fragility around the Giants hopes for a turnaround from last year’s lost season, and another defeat could grease the skids for self-doubt and disaster. Meanwhile, how long can Jerry Jones stomach watching what the rest of us are all rooting for — the Cowboys becoming an NFL punching bag? Whenever I see the home team as a three-point favorite, I take that to mean that even Vegas has no idea what to expect. That is definitely the case in this week’s primetime Sunday-nighter. I’m simply going on an instinct that tells me the Giants won’t completely embarrass themselves two years in a row, under national TV scrutiny, down in Big D. Especially with the Cowboys looking like they’ve fallen another couple of notches. I don’t believe Eli is finished (but if the line continues to operate like a sieve, he may be soon), and I’m guessing Saquon Barkley only gets better, and will show us a little more every week. Give me Eli, OBJ and Saquon coming from behind in the 4th quarter, while Dak Prescott continues to wonder where Jason Witten went. (Giants 28-27)

CHICAGO (-3) over Seattle — Really? This is the best ESPN and the schedule-makers can deliver us for Monday Night Football Week 2? Back to back weeks in primetime for the Bears? Yeah, that makes sense — not. Oh well, we handicap the games on the schedule, and with another three-point spread indicating a coin toss, I’m going with Khalil Mack to add to his burgeoning Chicago legend with another big game in the Bears’ home opener. Heck, by the second half we may see him on offense and returning kicks. There’s a chance that Mack could actually play every position, including special teams,  better than the Bears’ current starter. Okay, maybe not QB, but that depends on whether we see the first-half Mitchell Trubisky from last week, or the second-half Trubisky. I’m guessing he’ll fall somewhere in the middle, but Chicago gave up all those picks for the chance to add a game-changer to their defense, and Mack will be the difference here against a punchless Seahawks offense. (Bears 26-13)

Okay, so five road underdogs and one new Monster of the Midway will deliver me the first of what I expect to be many 6-0 ledgers this NFL season. And just for good measure, here’s how I see the rest of them:

*Houston (+2.5) over TENNESSEE — (Texans 27-20) — Time for Deshaun Watson to remind us what we were all so excited about last year before the injury

*SAINTS (-10.5) over Cleveland — (New Orleans 37-20) — Drew Brees picks up where he left off last week and the Browns aren’t over the hangover of celebrating their big tie last week at home

Question for ya — with sports gambling basically legalized everywhere now, do we still need to remind people to “bet with your head, not over it?”

Enjoy the weekend, everybody!