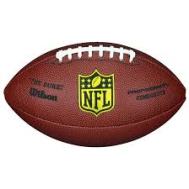 Yes, I’m ready for some football!

And I haven’t even nodded off during any of Tony Dungy’s opening comments, so you know the season is young!

This is the ninth football season I’ve been a part of on the west coast of the country, and I still haven’t figured out the early start out here due to the time difference. But somehow I’m on time and ready tonight, and in the interest of my bubbling-over enthusiasm, I am taking tonight’s contest between the Eagles and Falcons moment by moment, observation by observation. Here we go:

5:18 p.m. — Apparently the Football Gods have just awoken after nearly a year-long slumber to discover that somehow they let the Eagles win the Super Bowl on their watch. Let the lightning storm begin. Try as the gods might, I suspect the banner will get unveiled tonight, but I’m glad that the higher powers have at least signaled to us fans that they recognize the magnitude of their Super Bowl LII misdeed.

5:21 p.m. — Seems to me that Cris Collinsworth gets more cartoonish every year. I can’t decide if he’s some bad acid trip amalgamation of the adult versions of Beevis and Butthead cartoon characters, or maybe just one of the lesser known neighbors on King of the Hill. Regardless, it kind of creeps me out.

5:24 p.m. — Rodney Harrison is already out of material.These guys don’t do the scripted stuff well, so chaos ensues when it’s time to ad lib off the cuff. This lightning delay is killing him. Let’s hope kickoff comes soon — OMG — Tony Dungy is throwing him softballs, trying to keep him alive in the discussion!

5:29 p.m. — Kevin Hart narrating an Eagles tribute. Meh. I did like the flash to a smiling Harold Carmichael — always one of my favorites as a kid. Back in the days when 6’8 was tall!

5:33 p.m. — Rooting for the Falcons tonight.  Their head man, Dan Quinn, grew up around the corner from SportsBro. Much younger than me (who isn’t), and good kid back when he was called Danny. Played on SportsSis’s little league team and young Danny could swing a big bat. Seems like he picked the right sport, though. Shout out to Morristown, NJ in the house!

5:36 p.m. — Did Serena win yet? She’s amazing, but I’m not a fan of that tutu/dress with the odd color combination. Am I allowed to say that? Who’s playing in the U.S. Open late match tonight (blowout preparation in process, just in case)?

5:39 p.m. — Next up, more filler. Listen as Tony explains to Mike Tirico how he organizes his sock drawer. I think Rodney is asleep on his feet. He appears to be biting his tongue to try and keep his eyes open while the production guys scream “WAKE UP RODNEY” over and over again into his ear piece.

Need a break, this one’s gonna end late for the east coast fans — one advantage of night football on the left coast!

5:58 p.m. — Zach Ertz shoutout for Alamo, CA. SportsDaughter2 used to hang with his little brother, who’s not so little at 6’7 or so. Zach has a tremendous reputation in the area and seems like a real deal good guy, in addition to one of the league’s best tight ends. We’ll root for him to have a big night (in a losing effort).

6:00 p.m. — It bums me out that I have to feel anxiety as we approach the playing of the National Anthem. Nice rendition by Boyz 2 Men tho…

6:19 p.m. — Explain to me how running out of bounds on a punt and not coming back inbounds fast enough constitutes “Unsportsmanlike Conduct.” Need a new name.

6:22 p.m. — Michael Bennett and Haloti Ngata both came to Philly in the offseason? How’d I miss that (can I blame Carmelo Anthony for that, too?)? Where the heck were the Jets when they guys came available??

6:26 p.m. — Oh no, forgot how much I hate the speculation over what’s a catch and what isn’t. Can’t we just say if he catches it, it counts? I don’t care where the point of the ball lands, he either catches it or he doesn’t, and the decisions should be made by retired wide receivers when they go to replay.

6:31 p.m. — Back in time for the expected Atlanta field goal. If you want someone to run your offense between the five yard lines, Matt Ryan is your man!

6:33 p.m. — I’m wondering how many commercials for the NBC series New Amsterdam will I have to see before solemnly swearing never to watch an episode?

6:44 p.m. — Eagles scoreless and down 3-0 after one quarter. Is it too soon to remind everyone that I don’t see any way the Eagles win the NFC East again this year? And Al Michaels says he’s hearing boos already.  I have to admit I didn’t hear any, but I sure hope he’s right! Gotta love Philly fans.

6:45 p.m. — Osaka up a set, and a break in the second, and absolutely crushing the ball.  Looks like I’ll have to research what her first name is. By the way, is it just me, or does Chrissy Evert always seem just a tad peeved while commentating matches from the booth? Sorry, back to the game (but the tennis seems much more interesting right now).

6:48 p.m. — Okay, now that’s a stat I like being shown — Eagles with 1 net yard two minutes into the second quarter. How’s the knee, Carson Wentz?

7:00 p.m. — Took until midway through the second quarter for Collinsworth’s first apology for the boring game we are all enduring. Sure, blame it on being the first game of the year. Does that mean we should all skip the Sunday slate of games?

7:12 p.m. — How old is Matt Bryant? Pretty sure he came off the sidelines for this field goal attempt using a walker. The guy’s been kicking since Garo Yepremian “keek-ed a touchdown” for the Dolphins back in the ’70’s. Seems like it, anyway.

7:21 p.m. — Yet another overthrow from Foles kills a drive for Philly, and Matty Ice gets the ball back with enough time for a two-minute drill. Maybe we can see something interesting happen before the half? Somebody wake up Rodney, he’s back on in 15 minutes or so!

7:25 p.m. — Wishful thinking on the two-minute drill excitement. Foles will come back on with half a minute to do something. Smart money sees this one staying at 6-3 heading to the half. Prove me wrong, Nick, please!

7:32 p.m. — Roughing the kicker prolongs the longest half of football I’ve ever seen in my life. Just what the Eagles fans wanted to see — Foles with another crack at it. And he drops to a knee, and this time I do hear the booing.  Couldn’t agree more.

I don’t know how I used to do it on the east coast.  I feel like I’ve been watching this game for five hours already, and it’s going on 11 back east as we break for the halftime show.

I simply don’t have it in me to forge on, and will need to file this post under the heading of “seemed like a good idea at the time.” The only thing left to root for, if I stayed tuned in, would be the game ending in a tie. And sorry folks, that’s not a big enough reason to stay awake — even in California.

And one final oh by the way — Naomi Osaka beat Madison Keys in straight sets. Next up Serena in the finals.