September is here! The MLB playoff rosters are set and the pennant races will rage on for the next month — in the National League, anyway.

Labor Day Weekend is the annual “start your engines” mark for the home stretch of baseball season, as college football and the NFL loosen up on deck to get us sports fans through year-end. So as the barbecues fire up and the sun screen gets one final squeeze, SportsAttic will take the drama out of the season’s final month by giving you a preview of what will happen this October.

As the books closed on August, we saw the Yankees and Indians make meaningful moves to shore up their rosters with October on their minds. Will bringing former-MVP’s Josh Donaldson (Indians — 2015 MVP for the Jays) and Andrew McCutcheon (Yankees — 2013 MVP with the Pirates) into the postseason make a material difference in expected outcomes for these two contenders? Yes, in one case, no in the other.

Read on as the SportsAttic crystal ball takes us on a ride through each upcoming postseason series, the key storylines and expected outcomes.  We’ll begin with the American League, simply because it’s easier, as the seats at the table seem set.

We’ll follow in a couple of days with the Senior Circuit picks. With seemingly everyone still alive, and no strong teams distinguishing themselves, I’ll take every extra day I can get for added clarity into my National League crystal ball.

I’ve been so excited about this one, literally drooling over the potential for a Yankees defeat at the hands of the no-name A’s, but my enthusiasm took a shot in the mouth when A’s ace lefty Sean Manaea went on the DL with arm problems.

The A’s throw a hodgepodge of journeymen, like Trevor Cahill and Edwin Jackson, on the hill on a daily basis, and it’s made for a really cool sidebar to their incredible ride into relevance. But for one game, winner take all stakes, those kind of names make me queasy.

Look for veteran Mike Fiers to get the start (assuming Manaea remains out), followed by all hands on deck as the A’s will empty the pen. If they get five or six innings out of Fiers and find themselves still in it, anything can happen, but…

These are the Yankees, and when faced with anything below staff ace status, they tend to maul. They are that loaded. Yes, the Bombers are seemingly in disarray right now, but I anticipate them pulling themselves together by October baseball (huge X-factor in this is the health of Aaron Judge, of course). And if Judge is joined by semi-healthy teammates Didi Gregorious, Gary Sanchez and Aroldis Chapman, it is hard envisioning them dropping this one at home.

However, it’s September 1, so let’s dream a bit. What if…

-Manaea comes back healthy and makes the start, neutralizing the Yankees’ lefty bats in the process

-Judge is still hurt (wrist injuries are damn unpredictable, after all — and Andrew McCutcheon scares no one these days)

-Sanchez continues to be the sub-.200 hitter we all know he’s not

Too good to be true? Yeah, probably, but the A’s aren’t some patsy like last year’s Twins. They’ve been enjoying rolling with house money for the better part of three months now, and have that clubhouse confidence telling them they can take anyone. The Yanks are wobbly and probably won’t be hitting full stride by October, but should still have enough to survive what could be the most entertaining game of the entire postseason.

SportsAttic Call:  Yanks prevail 6-5, with both teams employing multiple relievers, and the A’s final arm of the night, Jeurys Familia, will cough up the game-winner to Miguel Andujar in the bottom of the ninth (Mets fans everywhere experiencing deja vu back to the 2015 World Series). Hurts just typing the words… 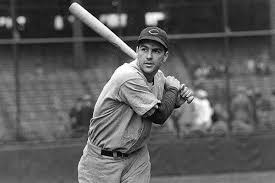 ALDS 1 — Indians versus Astros, with Astros having home field edge

I’ve been fascinated by the Indians all year. From the mysterious April hitting drought, to the soft division schedule, to the injuries, and now finally to the key acquisition of Josh Donaldson yesterday.

We are in an unprecedented era for Major League Baseball, where each October a new demon gets exorcised by some long-suffering franchise. In 2016 we saw the Cubs overcome the grandaddy of all curses, then last year the Astros ran off their own 55-year-old ghost, and this year…yup, it’s the Indians turn.

Their last time winning it all came a distant 70 years ago, back in 1948 (a squad led by player-manager Lou Boudreau, who was an absolute badass in getting them there, both on the field and in the dugout — next rainy day check out what he did in their one-game playoff against Boston to earn Cleveland its ticket to the World Series). That title came a full 13 years before the next-longest current title drought began (hello expansion-version Washington Senators/Texas Rangers).

Cleveland has benefitted from an under the radar approach to the regular season, and now they find themselves in that most enviable position of low expectations coupled with lots of talent. If they can use September to get their pitching staff healthy and rested, this is the club no one wants to face in October.

And the Donaldson deal puts them over the top. It doesn’t matter that he’s been hurt most of the year, or even that he’s not near the guy that won MVP only three years ago. He’s the type of player that brings incredible intensity every day, grinds each at bat, and does all the little things that distinguish championship teams from the rest. He is a difference-maker in October. Plus, he makes them a better defensive team immediately, as Jose Ramirez moves over to second and Jason Kipnis into a reserve role.

Injuries will tell a lot of the story here, too, but they have starting pitching that can match up with anyone in a short series, and while the pen has been shaky most of the year, they can throw a lot of arms at you (they do really need a healthy Andrew Miller, though) and with Tito Francona pulling the strings, I give them a one-game edge against every other playoff manager in the A.L. (except the A’s Bob Melvin, who unfortunately will be gone by the ALDS round).

But the Astros are the defending champs, you say? Yes, exactly. No one repeats in MLB anymore, and the 2017 champs are listing toward the finish line like a dehydrated marathon runner, hallucinating and dry heaving, barely able to support their own weight.

And I know Alex Bregman is everyone’s new darling, and he is a superstar in the making, and yes, Altuve is the reigning MVP, and Correa is a likable A-Rod clone, and, and, and — they are loaded and have starting pitching, too. But…the pen will lose at least one for them, Tito will steal one for the Indians, and champs don’t repeat. 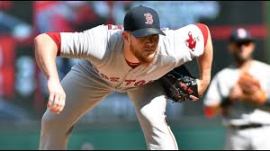 I have to admit I’m looking forward to this one, as disappointed as I’ll be when the A’s gamely go down in the Wild Card game.

As for the Yankees, we have to begin with the same Aaron Judge disclaimer. If he’s healthy and playing, Yanks in 4. If not, the Yanks still win, but it will take the full 5. And along the way we will get our first up-close glimpse of full-on Reliever Ball.

This could be the first series in baseball history where the winning team didn’t have a single starter go the necessary five innings to qualify for the win. Short leashes abound for the Bombers’ rotation, and then flame-thrower upon flame-thrower to close it out at the first glimpse of a lead.

I am not an Aaron Boone believer, but his inexperience and itchy trigger finger will be offset in this series by the equally green Alex Cora leading the BoSox. Ultimately it will come down to who’s ready for playoff ball, and the white-knuckle, high-adrenaline, every-pitch-matters intensity of Yanks-Red Sox in a playoff series. Players and fans alike will be writhing in agony over every momentum change from the first cry of “Play ball,” and that’s why I’m fired up for this series, combatants be damned!

The Yanks will have burned Severino in the wild card game, so let’s give Game 1 to Chris Sale and the Sox, setting the Boston papers into a frenzy of high expectations right out of the gate. Then give the next three to the Bombers, as the young Red Sox hitters grip their bats in increasingly vise-like fashion, as the pressure of continuing their historic season mounts.

Add to the equation that David Price will toss his annual postseason stink bomb the Yankees way in Game 2, rescuing the Bombers from self-doubt and an insurmountable 2-0 deficit. Then look to Craig Kimbrel (who’s arm appears to literally be falling off finally, after years of overuse) to gift Games 3 and 4, allowing the Yanks to move on, while the Red Sox take their place among regular season wonders that couldn’t close the deal.

SportsAttic Call: Yankees in 4 (I’m going with the healthy Aaron Judge scenario), as Gary Sanchez leads the way by hitting .600 with four dingers (no way this guy stays below .200, and when the pendulum begins to shift for him, look out).

Rematch from a year ago’s ALDS. Anyone think the Indians might remember blowing that series? The key here is that the Indians will get games 6 and 7 at The Jake, despite their inferior regular season record (let the anti-Wild Card whining begin, Yankees fans).

Not to beat a dead horse here, but a healthy Judge is the only thing that can make this work for the Yanks. Their starting pitching is inferior, lineups are a dead heat (although Donaldson gives the defensive edge to Cleveland), and the pens are pretty even, as well.

So what spells the difference in this one? Two things. First the aforementioned home field advantage will be huge for the Indians. Look for lots of vintage Boudreau jerseys dotting The Jake’s stands as the city whips itself into a lather with hopes of a baseball parade easing the pain of the LeBron James departure (look for The King at both Games 6 and 7 — probably in A-Rod’s suite — sporting a Yankees cap, no doubt) from their collective memories.

Second, look at the manager matchup closely here. The trendy direction right now in MLB is to hire the young field leader, who sacrifices hands on managerial experience, at any level, for “strong communication skills,”  and “positive media relationships.” And that can work well over a 162-game regular season (just ask Alex Cora and the Seattle Mar…, oops, I mean Boston Red Sox, not to mention L.A.’s Dave Roberts, who’s terrible in-game management skills gift-wrapped the Astros’ Series win a year ago).

Aaron Boone facing off with Terry Francona is a mismatch of epic proportion. And if that unfair fight steers just one win Cleveland’s direction at some point during the ALCS, it is lights out. Move over Cubs and Astros, it is the Indians’ turn to reward their downtrodden fans. Their solid, if unspectacular, regular season, feasting on the dregs of the AL Central, will culminate with their second trip to the Fall Classic in the last three years.

SportsAttic Call: Indians in 7 (six if Judge isn’t healthy), with Jose Lindor inserting his name into the conversation alongside Jose Altuve, Mike Trout and Alex Bregman as the current faces of the game — American League version. 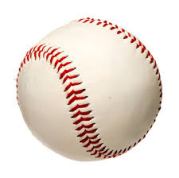