I’m feeling football. One good Jets win, even in a meaningless preseason contest, and it’s goodbye Mets and the dog days of another MLB August, and hello Gang Green!

Based on last night’s dominant performance, clearly the Jets are the sleeper of this year’s NFL. An impenetrable defense coupled with strong QB play and surprisingly explosive skill position players looks to me like at least 10-6, maybe even 11-5, if we can split with those cheaters up in Foxboro. Bring it on!

And herein is the hope that springs eternal for every football fan as Labor Day approaches. However, this year feels different for us Jets fans, and frankly, more hopeful than a typical period of August optimism.  Like most things NFL, it all starts with the QB position. 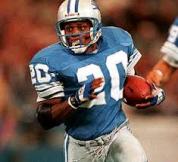 2. Best I Ever Saw — All this jonesing for meaningful pro football games got me thinking about my “best ever” list for the NFL. Understanding completely that subjective lists like the following are a recipe for controversy, here goes anyway. My own list is impacted heavily by my age and years watching as a kid (heavy ’70’s), which will differ from fans of other ages, eras and geographies.  That’s okay, as what’s most important here is all those frozen, treasured memories to sift through as you consider the question “who is the best _____ you ever saw?”

Best Running Back — For me it’s O.J. Simpson (I know, hard to separate his memory as a ball carrier from the POS we know him as today), by a nose over Barry Sanders. So many to choose from here, but I always revert back to 1973 and O.J.’s sustained excellence in rushing for 2003 yards in a 14-game season (quick shout out to Reggie McKenzie and Joe Delamielleure, possibly the best tandem of guards ever to clear the way for a premier back, escorting O.J. to his ’73 glory). Sanders actually bested Simpson’s rushing total in 1997, chewing up 2053 yards in a 16-game season, and his incomparable ability to cut back and accelerate was as close to O.J.’s greatness as anyone I ever saw. But to me it’s still The Juice.

Best Quarterback — Growing up wishing Joe Namath wasn’t hurt again, this titleholder seemed to change weekly.  When I think back now, it always seemed like if there was one guy to pick for a two-minute drill it would be Kenny “The Snake” Stabler. For pure frustration when you desperately wanted/needed a sack, the scrambling ability of Fran Tarkenton was second to none. For a combination of outstanding mobility and a deadly accurate arm, give me Roger Staubach. But put all of that together for one game only, chips to the middle of the table, and my pick would be Terry Bradshaw. He was the whole package and had the Super Bowl titles to prove it.  Chalk it up to the time period in my life when I was most impressionable as a fan, but I still put Peyton Manning and Tom Brady a notch below the aforementioned legends, with Joe Montana certainly in the discussion also, but not best in class.

3. Best I Never Saw — The more challenging category for me, as it requires relying on imagination and imagery from the hundreds of sports books I read growing up.  But maybe that makes it even more fun? The hardest part in thinking about who the best NFL stars were that I never saw play on TV, is that a few get removed from the equation because I saw them only for an instant, in the years well past their prime. Johnny Unitas falls into this category. Maybe the best ever, he can’t gain inclusion onto either of my lists today, as when I watched him, he was in no way the best I ever saw, however I did see him, so he’s now DQ’d from this list also. Sorry, Johnny. Same goes for Gale Sayers.  As a kid, I always thought the best thing about Sayers was that his last name rhymed with the team he played for. Gale Sayers of the Bears (yeah, catchy, isn’t it?). But by the time I began tuning in on Sundays, Sayers was a shell of his former self, occasionally getting into a game (he saw action in only two games in both 1970 and ’71 before retiring), but his knees were destroyed. All I really had to go on was how dominant Billy Dee Williams seemed to be when he portrayed Sayers in Brian’s Song.

Best Running Back — However, even if Gale Sayers could be included on this list, he’d still finish second to Jim Brown. Before O.J. set his rushing record in ’73, Jim Brown’s 1863 yards on the ground in 1963 had stood as the standard for the previous 10 seasons. But it was more than just numbers when it came to the legend that is Jim Brown.  He was big and fast, and from what everyone seemed to say and write about him, he had a mean streak, too, that stoked a relentless competitive fire. The tales of his battles with legendary middle linebacker Sam Huff made for captivating reading growing up, with Brown usually coming out the victor. And to cement his legacy with pre-teen me, his character, Robert Jefferson, was a total badass in The Dirty Dozen, with his foot speed on full display in the climactic, final getaway scene. So Brown of the Browns (almost as cool as Sayers on the Bears), in a landslide.

Best Quarterback — This was a tough one, and I need to go with sentiment here. If I hadn’t seen some Unitas at the end of his run with the Colts (and even worse, when he hung on for that extra year as a Charger) he’d probably be my guy.  The swashbuckling legend of Bobby Layne is tempting to go with here, too, and Norm Van Brocklin had some sick stats back in the day for the Eagles.  But give me Y.A. Tittle for my choice. Yes, mostly for the photo above, of which I kept an autographed copy on my office wall for years, because to me it captured perfectly the toughness of the game in the  1950’s and ’60’s. Back when the players left what was remaining of their blood-stained jerseys on the field every Sunday, and there were no rules to protect the QB from harm. Plus, in 1962 he threw for a league-leading 33 TD’s while behind center for the near-champion New York Football Giants (they lost to Lombardi’s Packers). He followed that up with 36 more TD’s (again leading the league) in 1963 (this time beating Brown’s Browns to get to the title game, where they lost to the Bears). All at the age of 37! And if that wasn’t enough, he invented the Alley Oop to take advantage of wideout R.C. Owens’ height advantage in the Red Zone (Owens was 6’3″, which was gigantic back in the late-50’s), in Tittle’s early years as a 49er.

So there it is. Take your best shots at who I missed and who should have been included. And for good measure, if anyone’s wondering, the NBA answer to the “Never Saw” question is Bill Russell, and the MLB answer is (of course) Babe Ruth.

But this post’s all about the gridiron. J-E-T-S, JETS, JETS, JETS! One month to first kickoff — I’m ready. 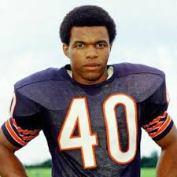 One thought on “Three Yards and a Cloud of Dust — Sam the Man, Best I Ever, Best I Never”