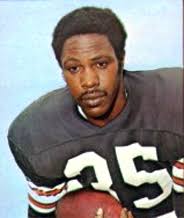 I know. The NBA draft is going on right now as I type 35,000 feet in the air. Apparently the Knicks maintained their recent tradition of picking a teenager with their “not high enough” first round draft pick. I can hardly wait to read all the quotes about “raw talent”  and “wingspan” sure to be coming my way in the next few days. Yippee. Who knows, maybe they caught lightning in a bottle tonight? It won’t change the fact that there are likely 60+ losses coming our way next year as the odds continue to increase I may never witness another championship banner hanging at MSG.

So in an effort to focus on happier subjects, I turn my attention to the gridiron.  The Jets are currently tied for first place in the AFC East (maybe the last time I’ll be able to say that in 2018), and thus currently occupy first position for me as I root for something (anything) positive to happen from one of my teams (yup, scary thought that the Jets are my great hope currently, and double-yup, it’s almost July, so time to wave the white flag on the Mets season and begin deciding who I’m going to root for to upend the Yankees in the playoffs come October).

Rather than dwell on the present, I got to thinking about those ground and pound days of my football fan childhood. Back then it seemed like every NFL team had an iconic featured halfback grinding out first downs, and 1000 yard rushing seasons meant something because the schedule only had 14 games. And in front of every one of those storied featured backs racking up the yardage on Sundays was a monster of a fullback clearing the way.  So I figured I’d take a quick crack at a few NFL thoughts and lead off with props to a couple of those unsung bad asses of the early-’70’s.

Regardless, I am ready for some football.  Get them into the camps and let’s go already.  J-E-T-S, JETS, JETS, JETS! We’re tied for first with 16 games to go, who could ask for more than that? 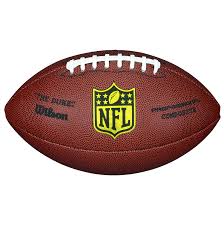