I’m sorry, but who the heck are these guys and where did the PGA find them? Talk about central casting.  There’s a Ricky and a Rory. A Jordan and a Justin. And a Jason and a Dustin. Who’s a Johnson. I’m not entirely convinced they aren’t all the same guy.  Can’t we put an end to it by just referring to the whole lot as “Not Tiger?”

They are tall and lean and seem super bland to me.  I know they hit the ball a ton — 300 yards on the fly with silky smooth swings — and they’ve all got the requisite hot wives/girlfriends (one of them’s even Wayne’s Gretzky’s daughter, right?), too. But they are just so…darn…uninteresting.

For variety there’s the Irish one, I guess. The brogue is kind of cool and disarming at first, but don’t I also remember his ex-fiancee making fun of his diminutive stature back when they broke up? And doesn’t he seem to sulk a lot when things don’t go well (why I no longer play golf, I might add — things often didn’t go well for me)? And he’s supposed to be the coolest one of these clones, isn’t he?

I’ve heard my golf fanatic friends tell me how this is the golden age of golf.  Not buying it. Granted, I’m not a close follower of professional golf any longer, finally coming to terms (after a couple of decades of kidding myself while rarely breaking 100) with the fact that I was never going to be any good at the game. I will watch (superficially) this weekend, though, for a couple of reasons important only to me (which I believe is how most of us approach decisions pertaining to our weekend sports programming). 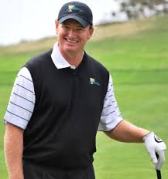 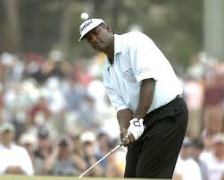 First, I love the golf course.  Shinnecock and I go all the way back to 2004, when the fates collided in such a way that somehow I became the local event host for clients of a major investment firm (who had paid top dollar for U.S. Open sponsorship rights). The firm had relocated me to Long Island less than a year earlier, and the Hamptons happened to be part of my region of responsibility, so that meant I was given the keys to the golfing kingdom for four days that June.

When I first received this news it seemed pretty cool to me (and to all the friends I immediately began bragging to). I even got to play a practice round (I shot 111) as they were grooming the course for the upcoming major, and I came away with bags, hats, shirts and golf balls all bearing the cool Indian head Shinnecock logo, along with that uber-cool U.S. Open insignia.

Lunch in the 100+-year-old clubhouse was included with my practice round, and it didn’t even matter that there was no air conditioning or that we played most of the morning in a sideways-rain downpour of biblical proportions. I lost at least a dozen balls in that monstrous fescue and had the time of my life doing it. All was good.

Until it was less good. What hadn’t been explained to me by my superiors was that my “hosting” responsibilities included having to turn away the daily requests for tickets coming  from seemingly every local client (with the exception of the elite few who had placed so much money at the firm — eff-you money was the expression, I believe — that they were able to strong-arm their way to free passes plus access to the ultra-exclusive hospitality tent — it was all about the hospitality tent).

Temperatures were expected to be approaching 100, with Long Island’s legendary humidity along for the ride, and in no time access to that corporate hospitality tent became something people were more than willing to throw a punch or two over. And I was the gatekeeper.

For those of you unfamiliar with the communication dynamics of those who inhabit the great nation of Long Island, let’s just say “direct” and “blunt” are understatements.  As the calendar turned to May and the Open was less than a month away, I was receiving no fewer than 10 client phone calls a day that usually went along the lines of the following:

Client: “Hey — gimme tickets or I’m gonna take all my money out of that lousy firm of yours.”

Only Long Islanders were far more creative with their verbiage than to use the word “lousy.” Rarely did a call end with pleasantries and I developed a knack for letting all incoming calls go to voicemail until the storage space was used up, then deleting them all and beginning the process anew.

When tournament week arrived, the phone threats dissipated.  I made my way out east on Day 2, and it truly was a memorable viewing experience.  In addition to the god-awful heat and worse than expected gridlock (I foolishly opted to drive the 55 miles from my home in Lloyd Harbor to Southampton — those of you familiar with Long Island traffic are nodding your heads in sympathy right about now), what I remember most were the colorful array of main characters slugging it out against Shinnecock’s gorgeous backdrop.  All while thousands of golf fanatics rooted aggressively for their favorites and with even more fervor against everyone else.

To this day, the only golf name that resonates with my daughters beyond “Tiger” is “Easy.” Ernie “Big Easy” Els was one of the favorites heading into the ’04 Open, and for whatever reason, my girls, ages seven and four at the time, absolutely loved that nickname. He became their favorite golfer from the sight of the first ball in the air.

“How’s Easy doing?” and “Is Easy winning?” were daily questions from both girls, and there was legit disappointment in their eyes when I had to let them know that some guy named Retief had bagged Easy’s trophy (Big Ernie had found the final day out east anything but “easy,” dropping like a stone out of contention with a final day 80 for a ten-over). My girls didn’t seem to need that level of detail around Els’s final round collapse, but stats have always been important to me.

So when you compare then and now (and “then” really wasn’t that long ago), what happened? We need more Ernie’s and fewer Justin/Dustin’s if you ask me.  Els was big, with a bit of a belly and an occasional mean streak and always appeared a little unkempt.  Oh yeah, and he was eminently likable.  Then you had lanky Vijay Singh, chain smoking his way through his rounds, all the while keeping up a running banter with his caddy, opponents and the gallery. I still remember his laugh echoing in the air when some fan had hurled a particularly funny insult his way.

Tiger was there, of course, but fortunately never a factor that year, finishing in a tie for 17th. The real fun came on Sunday, as the crowd, growing increasingly inebriated, continually ignored the pleas from the marshalls for quiet, and relentlessly tried to hound Goosen into coughing up his lead. It seemed like the entire island wanted to see Phil Mickelson win his first U.S. Open. Alas, Goosen held on and Lefty picked up another second.

Yeah, we need more Ernie’s and Phil’s and Retief’s and Vijay’s, and fewer guys that appear as though they were hired to portray what a golfer is supposed to look like for some travel brochure.

Despite my curmudgeon-like disdain for today’s stars, I will be watching. Having the Open return to Shinnecock brings back a lot of fond memories from my time on The Island, and I am nothing if not a sucker for nostalgia of the sporting event variety.  But there’s a second reason, too (didn’t that sound a little like, “but wait, there’s more, I haven’t gotten to 3000 words yet?”).

For those of you who happened to read my post from a few weeks back, when I wandered into the Sports Book during a trip to Vegas, I have a betting interest that comes along with this tournament.  And it’s a betting interest I’m totally patting myself on the back for, I might add.

I believe I’ve created the perfect hedge for the 2018 U.S. Open. For starters, I’ve got money on Tiger Woods at 20-1. I have often noted my lack of affection for Mr. Woods, with the only two things I do like about him being the fact that he’s going bald and that he’s unlikely to break Nicklaus’s record for career majors. So then why put money on him, one might ask?

Because I couldn’t resist 20-1 odds. So much has been written and said by the pundits this year about Tiger’s valiant comeback that it seemed to me these odds were way out of whack.  Based on what I’ve read, he’s playing better, feeling healthy, had a couple of close calls leading up to the Masters, then disappointed everyone by not contending at Augusta.

I caught my 20-1 odds (now all the way back down to 14-1 last I saw) in the aftermath of his poor Masters performance, and there’s nothing us sports fans love more than the feeling that we’ve made a smart bet.  I had to jump on it, and I know it will make watching golf this weekend that much more interesting to me as a result. And worst case, I have that perfect hedge.

Because if it turns out I didn’t get it right, and Tiger’s an also ran over the next four days, I’m perfectly okay with that outcome.  Because I can’t stand Tiger (high five a kid while you’re walking to the next hole for chrissakes, would ya Tiger?). And a terrible showing will undoubtedly result in lots of pathetic closeups of Woods cursing and removing his cap in frustration (thus revealing his dramatically receding hairline). It will make for happy viewing for yours truly on Father’s Day.

Therein lies my perfect hedge.  If Tiger puts it together and wins his first major in 10 years, I benefit financially (which I’m not embarrassed to say I will shamelessly root for until Tiger falls out of it).  If he loses and I lose my bet, I’m still happy because I really don’t want him to win.  I’m guessing the tortured sports fans out there who are reading this understand exactly where I’m coming from.  Don’t you?

So hit ’em straight Ricky, Rory, Justin, Dustin, Jason, Justin and all the other PGA Tour cardboard cutouts that will be out taking their swings tomorrow. I’m guessing one of you “Not Tigers” comes out on top, but like all of my old friends on Long Island (and most middle aged guys across the country and the world) — I’ll be rooting for Phil. 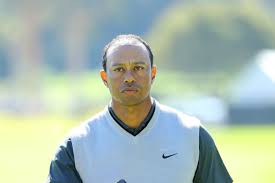